Providing an alternative to Spain’s Tenerife North airport, the Tenerife Sur Reina Sofia Airport opened for business in 1978 and quickly became the most important passenger hub of Tenerife. It has now been replicated in stunning detail for users of Microsoft Flight Simulator (MSFS) 2020. Read more...

The highly authentic reproduction includes the airport buildings (with interior designs at the apron side) as well as the infrastructure buildings. Great attention to detail has been paid to the runway, which is sloped and on a lower level than the Apron of the airport (just as it would be in the real-world version).

Real-life charts for the parking stands and taxiway layouts have been used for the highly detailed ground markings, including the recent changes and extensions.

The realism is further demonstrated in the static apron vehicles, functional windsocks, and authentic, dynamic nighttime lighting, as well as animated jetway models that include light effects while moving. 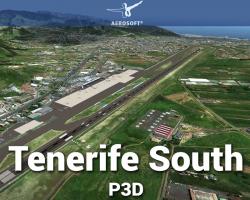 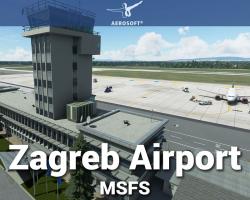