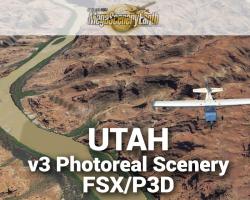 A trip to the US state of Utah should provide you with an exciting expanse of land to pass over. However, for users of FSX or P3D, you might find the whole state to be quite barren and lifeless. The generic nature of the default scenery is quite disappointing. With this add-on, though, you can refresh the state of Utah and make it look just as it did back in 2016.

With all manner of major changes, this adds much more sharpness color and clarity to the entire state of Utah. On top of that, you can enjoy a host of new scenery features such as accurate water bodies. This helps to make the whole state look more like the Beehive State that we all love so much.

This massive update brings a whopping 84,898 square miles of state to live, alongside a whopping 102 airports. This covers the whole state from line to line, making sure you can make trips here far more enjoyable. It’s got stunning mountain peaks that go above 13000ft, as well as various other natural beauties such as basins, canyons, and massive mesas. It’s the kind of place that you should find very easy to fly over, with major landmarks like Salt Lake City and, of course, the Great Salt Lake itself, standing out like never before.

You’ll also get a whole new set of VFR and IFR charts in an easy to read PDF format. This will make it much easier for you to get around, using 177-pages of knowledge at your disposal. 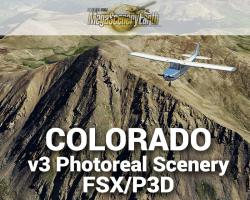 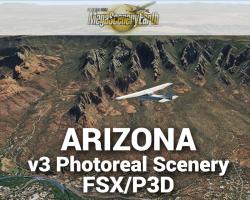 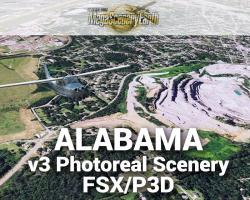