Just Flight are well-known for their incredibly detailed packages that are released for flight simulators in many guises, and their latest release - the DH 106 Comet 4C - is a throwback to many years ago. Aviation has changed drastically since its release, but the Comet 4C still today holds an almost irresistible charm with those who ever took part on a flight involving this aircraft. It was first introduced in 1952, this throwback lets you see what aircraft were like before all of the extras were included to really make them impossible to fly for the average person! Read more...

About The Comet Jetliner

If you want to experience an authentic and friendly flight experience that strips away a lot of the fodder and lets you do what you want to do in the first place - fly - then this is just what you need. The detail that comes into the design is the end-game of many hours of hard work and development using great lengths of footage and documentation to help create the perfect simulation of an old-school aircraft that carries an immense history. By using factory images of the original, a close replica has been created that lets you go back to basics and enjoy an amazing flight in a simple, old-school aircraft.

Every little feature has been accommodated to help make up for the shortfall in technology, givin you 3D stewardesses dealing with the aircraft as they walk around fully animated, smoke trails from the aircraft as it takes off and a variety of other small features to help bring everything together and create a truly aesthetically pleasing design that makes the flight even more enjoyable. Whether you have nostalgic memories of these famous aircrafts, or you just want to try and see what the difference is between today and 60 years ago in aviation performance, this is the place to get started.

Hundreds of small additions have been included like wheel chocks, intake muffs and pre-flight flags just to give you the full flight experience when you take off. Add in the huge amount of animations and minor details added in to the interior design, and you get the most complete representation of the Comet yet. It gives you all of the features that you would expect to see in a 50s plane, and while you won't see anything brand new added in you'll get a huge amount of personalized design.

The download comes complete with a series of high-definition liveries that take some of the most famous designs that the aircraft flew under. This lets you get the real feel and look, as well as the impressive functionality provided by a detailed and intricate design process that used real-life knowledge and research to come up with accurate performance specifications. Take to the skies and feel like you are flying a genuine equivalent of this prized aircraft, as everything performs just as it would have done in the real world.

You also get a huge 72-page PDF document that comes with all the simulation tips and assistance you need to operate the aircraft effectively. It helps you understand what older equipment does and how you can utilize the more limited controls in front of you to have a steady and enjoyable flight without any problems. It makes for a simple transition if you are used to more flash, modern aircrafts - when you come back down the scale, you can be too used to modern features like auto-pilot!

Instead, you will be given a genuine crash course in how to fly this simulated aircraft perfectly, so that you can see the marked differences between planes in the 1950s and the 2010s!

Massively refined model that makes you feel like you are flying the real thing as every little detail and inclusion has been included. Nothing is missing from this design that is possible to include, and in return you get an incredible accurate take on one of the most iconic aircraft of it's day. Post-World War, this was one of the most advanced aircraft in the skies and paved the way for some of the wonders that we see today.

If you want to go back in time and see how aircraft worked before autopilots and unique navigation systems that pretty much do everything for you, then the Comet Jetliner is just what you need to get that authentic, old-school experience.

This add-on for Microsoft Flight Simulator X is a superb recreation of the DH 106 Comet 4C created by the Just flight team. Introduced in 1952, this iconic jetliner is a bit retro and the experience of flying it is certainly evocative of the time period. The highly detailed model was built using factory images of the original, and the detail extends to the interior of the aircraft. The overall aesthetic of the Comet is nice portrayal of it's real life counterpart. Little touches like a 3D stewardess in the main doorway, special effects including smoke trails and night lighting, and a host of other minor details bring to light how much thought has gone into this package.

Additional exterior features include wheel chocks, engine intake muffs and pre-flight flags, to name but a few. Further animations and exterior features help you learn more about the aircraft, and aid in immersing you in a compelling visual experience, all backed up by the high-fidelity sound set, showcasing the distinctive Rolls-Royce engines.

This add-on features nine highly detailed, super-resolution liveries ranging from Malaysian Airlines to RAF Transport Command, demonstrating a slight, yet balanced set of choices to suit a range of pilots with different tastes. On top of that, the team have gone one further and provided a layered and tiled paint-kit for those they want to create a new pieces of history for the Comet, in the form of custom repaints.

The remarkably detailed Virtual Cockpit boasts an enormous amount of animated features, a substantial amount of which are functional. Numerous controls and instrumentation can be accessed from both Pilot and Co-pilot panels, so you can try your hand and flying with traditional radio based navigation. Highly accurate flight dynamics replicate the performance envelope of the real Comet incredibly well, making it possible to 'fly by the numbers' and make for some truly authentic flight experiences. The comprehensive 72 page PDF manual is a nice addition, considering that not all pilots will be accustomed to using older equipment, and it makes for a nice, easy transition if you've been piloting modern era jets.

I have been getting planes from Just Flight for years now. From Cessnas to A340s. And I have moved on to X-Plane. I went back on to FSX for a bit to play the Comet.

As an X-Plane user, I do not like the plane. But I do not expect it to live up to the X-Plane standards. But this plane is great in FSX. The cockpit is good and has very good functionality, especially for FSX.

Just like when I used FSX regularly, just flight have impressed me with their aircraft. An excellent recreation of the first jet airliner.

If like myself you're into Airliners you will love this Aircraft to bits!

The Comet, one of the worlds top aircraft today. There are few of these aircraft still flying upgraded by the Airbus, Concorde and 737/747's. I bought this from Just Flight and thought WOW!

That's it, I'm hooked now to purchase all the ADD-ON Liveries! Beautiful Design, a really easy aircraft too fly for the first-timer.

Fantastic to see all the liveries that flew this aircraft in her heyday!

This is great fun and very evocative! I also found it worked (or appears to - I haven't had any problems yet) on P3D v3 if you use the Estonia Migration Tool to install it. Really enjoyable plane to fly and takes you back to a different era - for me the Dan Air livery particularly reminds me of my first flights on planes as a boy. 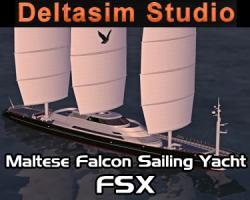 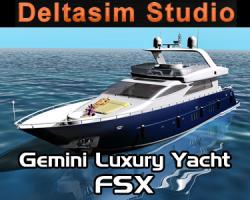 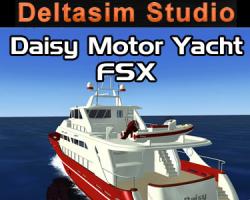