The most impressive addition of the pack when it comes to old-school aircraft, this remake of the P-51 Mustang does all that it can to capture the depth and detail of the whole thing. This FSX-only piece of software will allow fans of this famous aircraft a chance to hop into the cockpit and see what they have been missing out on, as one of the world’s most fantastic aircraft comes to life. Best of all, this is a value  package that really does what it can to capture the detail and precision of the aircraft without making you shell out a significant fee. Instead, it’s designed to give you a realistic and enjoyable challenge whilst also making sure that those who want it can have the truly authentic feel. Read more...

This makes the perfect gift for someone or the perfect starting point for people who are new to the payware world of FSX. This was created using many hours’ worth of detail and knowledge about the P-51H, as well as the information that comes from the training manual. By using both of these tools, performance and authenticity are at the best levels they are likely to be in FSX.

This aircraft, the P-51H, differs from its brethren the P-51D on a few levels, but the most important aspect is the level of performance that both can provide. Other than the actual performance level and some aesthetics, though, the similarities are quite important and are also very impressive. For example, the H is lighter and has a greater level of agility in general, making it a better fight for combat that needed a more agile companion. Likewise, it comes with a smaller fuel level than the D but can still go further as it’s lighter and therefore uses fuel at a fairer pace.

The P-51H was one of the fastest aircraft of its time, too, which was one of the things that made it such a well-loved piece of kit. This aircraft was capable of hitting top speeds of 487mph at 25,000 feet which made it much faster than any of its competitors and its companions. Add in the fact that it was capable of using various automatic features, too, and it became a hugely popular piece of kit that many people will love spending time in.

It’s capable of going from high speeds to low speeds in relatively little time, as well as being able to get to grips with its controls a lot easier. The introduction of war emergency war and water injection was a welcome addition, too, giving the aircraft even more potential than it already had. However, one of its finest advantages was the fact that it has the ability to get into dogfights and come out on the other side. It was nimbler than the likes of the TA 152, making it a hugely useful piece of hardware in eventually turning the tide of the war and ensuring that the Allies wound up victorious.

It was as fast in a dive or a level fight as anything else of the era, if not faster than just about all of them. It was an incredibly powerful aircraft despite its nimble nature, and many would rate it as the finest aircraft built during the Second World War; whilst you may not have heard of it, it’s usefulness in eventually winning the war should never be underestimated or understated.

With this package, you’ll now get to see just why this was such a game-changer and why, years after the fact, it’s still being spoken about in such glowing terms.

You can download/view the full manual here. 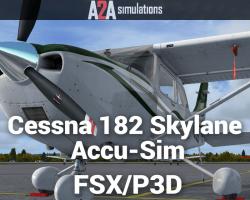 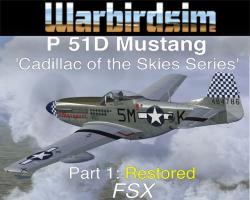 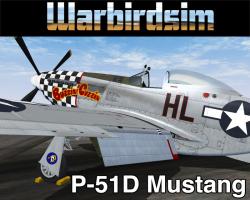