RAF Finningley closed as a Royal Air Force station in 1995 and was decommissioned in 1996. The airfield has since been developed into an international airport named Doncaster Sheffield Airport or more fondly known as "Robin Hood Airport".

This scenery of RAF Finningley by Team SDB represents the base during the mid-1960s when Vulcans of 230 Operational Conversion Unit were finished in both camouflage and all white anti-flash paint. To the east of the base is the Bloodhound Missile Squadron at Misson Springs. 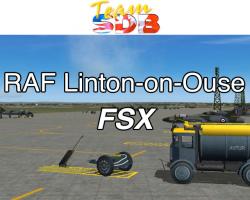