Just like many other parts of the General aviation collector created by the excellent Just Flight, the PA-34-200T aircraft is one of the most popular on the market at the moment. This collection gives you almost unprecedented access to some of the finest aircraft out there at the moment. Read more...

They vary in style, they vary in size, and they vary in difficulty to fly - but they all carry the same quality of realism and dedication to getting the entire thing just right. It's vital to have an aircraft at your disposal that feels genuinely real, that runs just the way that it's supposed to, and this remake of the Seneca II does just that.

By capturing all of the little things that have made this aircraft so popular since it was first produced in 1974. By bringing in various improvements from the old model, the Seneca, this helped to improve the performance and safety of the aircraft in many ways. The control surfaces and the balance of the aircraft were most seriously improved, and this in turn created a truly easy to fly aircraft that could be enjoyed by just about anyone.

This new model helped to bring the Seneca range into the future, if you will, and even today this aircraft is still well-received around the world. Looking to fly something a bit retro but with real quality and class to it? Then this is well worth your time!

Like every other release in the collection, this helps to bring all of the little features that you might not have given too much thought to in the past so much more credibility. It's the little things that make an aircraft different from one another, as you typically notice that most aircraft are fundamentally similar.

Therefore, this aircraft package helps you to notice some of the more subtle differences out there - instead of just having an aircraft that's a new model and little else, this helps to add a bit of difference to each aircraft that you might be thinking of trying.

This is very important, of course, because nobody wants to fly an aircraft that's too basic - by giving you all of the normal Just Flight features such as new panels, new performance levels and coded in features that you won't see elsewhere it remains true to the real thing. Nothing that wasn't included or available in the normal Seneca II has been left out; this is true to history, ensuring you get the most comfortable performance possible.

If you've ever had the pleasure of flying this aircraft in the past in real-life then the similarities between the simulation and the real thing should be immediately apparent to you. These little adjustments all come together to bring the whole thing into sharp contrast to some of the vanilla aircraft; the difference in the way it handles and performs is massive, helping you truly understand why the Seneca II was so popular in its pomp.

This package brings to the fore many interesting little quirks and additions that really help to seal the entire package and make it feel truly unique. Just Flight are great for adding in those little kinks that make the entire experience a lot easier to enjoy, a you'll find some excellent changes such as; 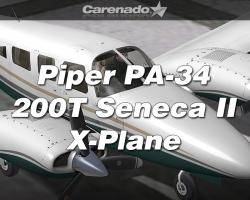 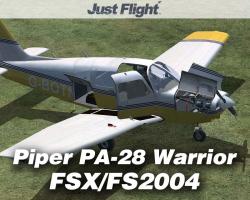 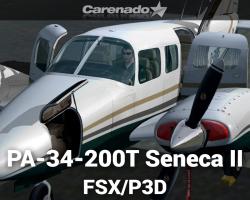 A perfect old school Seneca that looks and flies exactly like the one I have flown IRL. Low resolution, but it works fine. 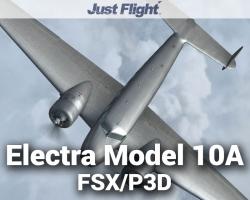 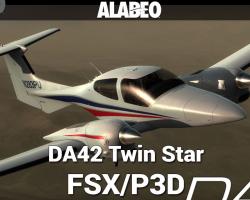 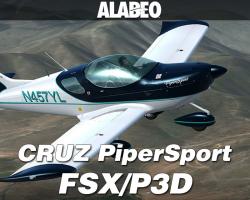