This recreation of the excellent Piper CA250 is one of the most impressive creations by A2A Simulations in quite some time. Having long been seen as the go-to experts when it comes to managing and preparing your aircraft, you will find that they can be the key solution for those who want to find a remake of this brilliant little aircraft. Read more...

It's a very exciting and engaging piece of hardware and getting to take it on - will full ACCU-SIM support - will make this feel even more impressive than ever before, improving the performance and the level of control that it can provide.

Overall, this package manages to give you a dynamic and engaging level of entertainment that also comes equipped with some very unique features. Put it all together and you can really start to enjoy yourself as you move forward, giving you a taster of what flying something as flashy and powerful as this in real life can be like.

With all of these qualities within the one aircraft, you'll find it almost impossible not to hop into the aircraft itself and to start enjoying all of those unique features and additions along the way that really improve its realism factor and the overall level of entertainment that it can bring to the table.

You can view the full aircraft manual here. 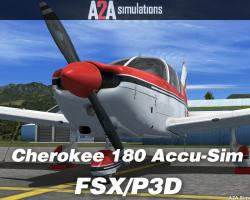 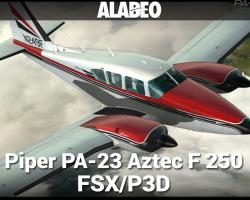 After flying the default C172 this aircraft is a joy to fly. Even with only a short time getting to know it the reactions to the controls are really good and look forward to many hours flying this GA bird.