One of the most impressive things about flight simulators is the incredibly large community that they have created. Not only do thousands of users create their own aircraft stories up in the skies, but they also manage to create something that feels far more realistic than the original aircraft simulators that many of us are used to. They add in new features and improve the old parts of the series that worked so well and in turn they create one of the most impressive gaming communities there is. Read more...

However, one of the most important aspects of their overall development is the fact that flight simulation teams are always so intent to try and break the ceiling; the limitations imposed by the flight simulators actual game engine. This is where FSPS have become so popular – they are famous for their creation of software that typically runs alongside your flight simulator, ensuring that you can get the maximum performance possible from your aircraft at all times. This can be a hugely useful asset in the long run, making sure that you have all the help that you need in stabilizing and improving your own performance.

However, FSPS always look to create programs that are going to benefit the overall performance of your simulator; for many of us, the realism is damaged through an inability to manage the flight simulator in the efficiency levels that we would have previously hoped for. This can be a significant problem, of course, as it inhibits your chances of success whilst simultaneously making it incredibly difficult to fly at the right level – when the simulator  is jumping all over the place, success can be hard to come by quite so easily!

One of the most important releases that has been brought by FSPS in recent years, then, has been the introduction of the brilliant Multicore Environment. You can find full specs and briefing below but what you will find is that this is, without a doubt, one of the most impressive systems of its kind out there. By helping your machine manage itself far better than FSX previously allowed, you can get the immense benefits that await you from this system with just a few clicks. It’s a hugely impressive piece of kit that helps to stabilize the simulator.

For those who want to get that fully realistic style to their simulation, it’s vital that you get your head around the face that you need a long-term strategy, built around development and incremental improvement. To get there, though, you need to get that right quality first – it has to feel real to you, otherwise what is the point of even using the software in the first place? To get rid of this problem, though, you only need to do one thing – install Multicore Environment. By removing a lot of the conventional problems that you are used to seeing, this software helps your PC manage the extensive process that is managing a simulator and makes it easier than ever before.

If you don’t have the money to invest in a new PC and instead would like to bolster performance in the optimum way, giving what you have all the help it needs to run at its very peak, then you should really consider reading on further. This will let you see just what Multicore Environment has to offer, how it can help improve your PC, and why using it will be beneficial to you for many years to come in FSX.

What Is Multicore NEXT?

Multicore Environment is created to help improve their entire performance – everything will be going up when you start using Multicore Environment. As far as a start-up booster goes it’s about as comprehensive as they come for a flight simulator – it helps to improve the actual speed of the .exe file that your PC launches when you first start using Multicore Environment; you will also notice a nice big jump in performance from the frame rate in-game to the way that the world loads around you. It’s these small changes that make all the difference and can help immerse you.

The problem that comes with FSX is the fact that, like many other applications, it does not particularly manage itself well. Even if you are using  a brand spanking new quad-core PC that is capable of running the most modern video game releases with ease, you might find that FSX can be a bit of a problem to load up for you. This is because the vast majority of PCs don’t spread the data across these various cores – instead, it just really overloads one and lets the others sit back and enjoy themselves! This can result in a slowdown in your PC akin to a car breaking down.

Performances will stutter and everything will hit the fan pretty much; it’s then up to you to get things sorted out and moving in the right direction. If you are running Multicore Environment in the background, though, this changes entirely. It fixes all of these problems and the fact it runs at a tiny fraction of your PC performance – just 10MB being used – you can make sure you have performance and playability in perfect harmony with one another. Now, FSX can manage all of that processing power that’s awaiting in other cores.

How Can It Help?

By aligning your PC cores in a far more strategic format, you can get a much greater kick in performance from your flight simulator without having to do anything else other than run this tool. It won’t do anything underhand, it’s not overclocking anything and it’s not putting your PC under any kind of strain – in fact, it lessens the strain for you. It allows you to manage any .exe file on a specific core, and this will help you make sure that if you want to run FSX on a specific core you can do so in a matter of clicks. This is hugely useful for balancing out the load, and ensuring that slowdowns and other problems no longer need to be of concern to you.

This can give you an absolutely staggering level of competence and performance, ensuring that you will have a simulator that plays in the exact way that it should. Now that FSX can maintain all of the power it needs without putting any individual core under power, thus making the performance of everything far more rounded in total. If you want to see a far more consistent level of performance then download Multicore Environment!

Regardless of the kind of CPU you have, you can find that using this is going to be far more effective in the long-term. However, please be aware that this only works when being used with Windows Operating systems. The massive jump in performance that you can get from using this tool is very impressive, and if you are noticing that your world is loading too slowly or the actual aircraft itself is stalling or sticking in the air as it struggles to keep up, you’ll find that this can be the perfect tool that you need for long-term performance. 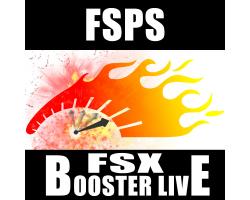 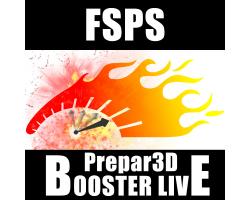 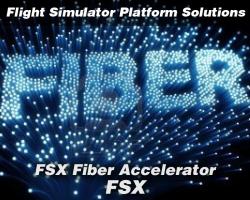 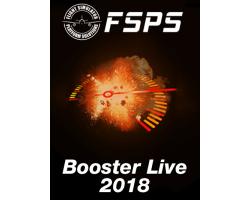 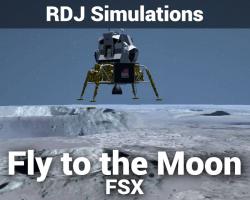 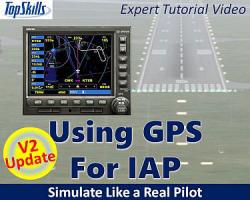