The Mil MI-28 Havoc is one of those names in aviation that just inspires fear! Read more...

With this new mod from Virtavia, you can now take to the skies in a clear and honest rendition of the real thing which accurately and clearly portrays the way that this monstrosity of an aircraft handles itself. Designed to be the perfect choice for those who want a nice alternative to the Apache, this Russian-based hardware is codenamed HAVOC for a reason; given enough time, it could level a city.

Now, you can see that power for yourself with this awesome recreation of the 2004 model. You can now get a first-glance look into the design and format of the real thing, created by professional designers who understand the importance of authenticity and control in every design that they produce.

It works perfectly in line with the various equipment which can be installed on this amazing piece of hardware, making sure that you can pick up the quirks of this helicopter quickly. Whether you wish to be equipped with vicious air-to-air missiles or air-to-ground attack guns, the choice is entirely yours!

Either way, you'll be able to fly this like never seen before. 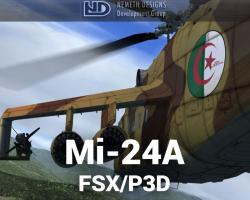 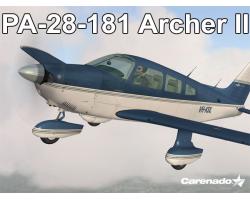 As far as my love of crazy aircraft goes, the Havoc is probably up there in many ways as the one that I love flying around in the most. Having used it in other games in the past and spent hours watching documentaries and the like about it I wanted to try it out here.

The style of it was great and I felt like it capture the features and the animations of the aircraft perfectly. It really looks great when you are up in the sky and can see all of the little features and extras going crazy in the cockpit around you and the rotors spinning above you.

Overall, though, I was most impressed by how functional it was. It was so easy to fly around in and it was really a piece of cake to control in terms of flying around with it. The whole idea of using this was to make sure I can get to grips with the aircraft itself without having to go and read hours' worth of tutorials to get used to its rather quirky nature.

I found that over the weeks it got easier to use but I also found more advanced little features to mess around with that I wouldn't have normally in a helicopter. It was therefore lots of fun to fly around with and even easier to use in general, ensuring that the flights I was undertaking with it were going to keep getting easier when moving forward.