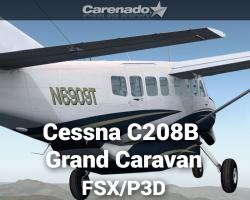 About the flight dynamics

Being a very versatile aircraft, the C208B was tested in several conditions, different weathers and different types of airfields. Putting special attention in every aspect of flight such as: takeoff, climb, cruise, descend, landing, taxi and fuel consumption.

After several months of testing, Carenado C208B flight dynamics have been approved by all our pilots.

Captain Díaz has more than 2000 hours in a real C208B. He flies daily in a regional airline in many different conditions and into different types of fields.

"Carenado has been known for its attention to detail, and the Grand Caravan for FSX is no exception. A lot of flight testing went into this plane to ensure that, within the limitations of FSX, the closest flight profile could be delivered to flight simmers. As far as texturing goes, Carenado is right up there among the best, and it shows on the Caravan as it is about perfect when it comes to the that department. The animations and eye candy are top notch too! If you want the best C208 experience you can get in FSX, you've found it!"

"Carenado made a huge leap in advanced addons and their new Caravan is incredible. It has high def textures given it an excellent look, realistic sounds, and customizable features such as changing the cabin seat layout, add or remove the cargo pod, and the ability to turn on static parking objects like cones, dust excluders, and a tow cart. Despite high def textures it runs fairly well and flies nicely. The VC is very nice and has working weather radar which is new for Carenado." - FlightSim 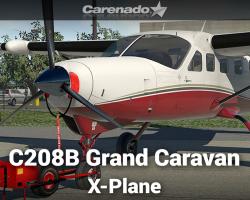 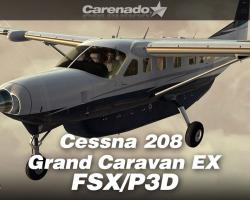 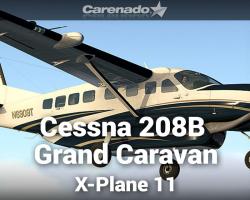 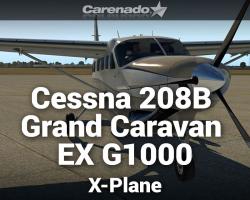 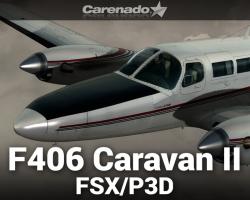 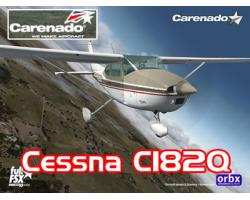 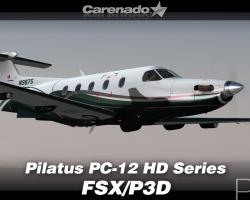