This first-generation light bomber was manufactured in large numbers during the 1950s and set a number of speed and altitude records. Its adaptability meant that the aircraft also served in tactical bombing and photographic and electronic reconnaissance roles in conflicts on several continents. Read more...

Realistic engine start simulation with accurate spool-up times. Each engine start will even drain power from the starter batteries! 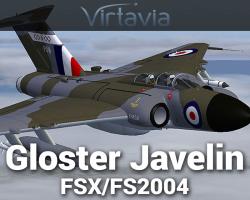