Now available for Tower!3D is the primary international airport of the Fort Worth metroplex area in Texas, Dallas Fort Worth International Airport, the fourth busiest airport on the planet in terms of aircraft movements, and one of the top 20 airports in terms of passenger traffic. It is also the largest hub for American Airlines. Read more...

All of the buildings, facilities, runways, and each of the five terminals have been accurately reproduced, with developers taking advantage of the most up-to-date graphics and 3D modeling.

The airport has a “live” feel to it thanks to the general airport traffic and service cars, as well as the dynamic lighting and shadow effects. The night-day cycle only adds to this sense of realism even further.

Note – it is recommended that users use the parallel runways only due to the game engine’s limitation. Also because of the number of runways during certain scenarios, the Command Window will not show them all. 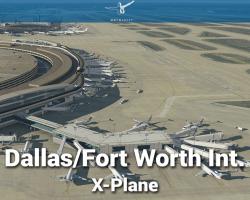 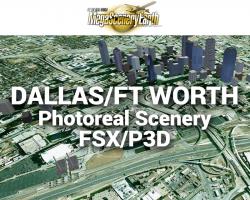