IATA: DXB, ICAO: OMDB – Dubai International is now one of the busiest international airports in the world. Read more...

With traffic is projected to surpass 90 million in 2018, DXB is a dynamic and fast-growing airport that truly connects the world.

DXB’s world-class facilities include the $1.2 billion Concourse D, a state of the art facility serving all international airlines that operate into Terminal 1, Concourse A – the world’s first and largest purpose-built A380 facility that is one of the three Concourses used exclusively by Emirates airline, as well as Terminal 2. 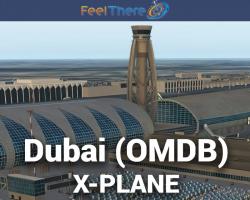