The Boeing 757 engine configs is:

A special thanks goes to David Parker Brown for his promotion pictures.

All engine sounds are recorded in TSS HD audio quality, then compiled to meet the FSX sound specification.

Besides the real high quality recordings of the engines, this soundpack also includes 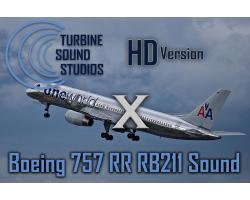