The Bell 47 aircraft is one that carries more than a whiff of class and charisma, as this twin-bladed, single engine light helicopter is an absolute dream to fly. Part of the famous Bell range, this aircraft was the first ever certified civilian helicopter to be released, and since the 1940s has served a significant number of purposes over the years. Read more...

It was even part of the NASA Apollo program at one point, used as a training device for the Lunar Lander which had various similarities to the real thing. Now, pilots and fans from across the world can truly enjoy this unique and enjoyable system like never before in a truly authentic remake by FlySimWare.

Alongside adding in every conceivable feature to improve performance levels, this new addition also introduces key features and additions such as;

A fantastic part of this latest addition has been the inclusion of new animations. Improving the overall look and feel of the flight, these new animations include key features including;

Animation is available in all views, including the tower. We have included 3 custom VC views: Co-Pilot, Radios and even new features and changes like theEngine Hours Counter.

Each of the views provided, as well as the animations, ensure you get the greatest possible response when flying.

Alongside a wealth of new changes, this Bell 47G model comes with some new models included, such as;

This package also comes with some spectacular new paint schemes to try, including; 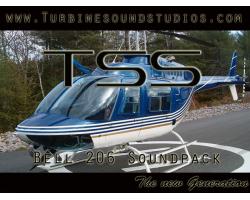 Hi, I was about to buy this sim but, before I needed to hear the sound environment I would get inside and outside of this helicopter sim.

I firmly beleive that sound is an big part of a simulation experience, almost as important as its graphic counterpart.

I launched the demo offered an instead of hearing the sounds related to the clicking of switches and engine start-up, i hear that SILLY MUSIC covering all the sounds coming from this chopper.

Why on earth are you playing that music that makes it impossible to judge the quality of the sounds inherent to that sim ?

Well, I refrained from buying it and went looking eslwhere for a Bell 47G.

You should make a choice: either sell "inappropriate music" or post a demo who will help us judge of the sound quality of your sims.

The same advice goes for many of your demos.

When we fly an airplane, we are most interested by sounds, not that by "silly music".

PS: please advise me when your demos will be cleared of this nuisance.

While I much agree with Vincent Royer's comments about the too-loud (and unnecessary) background music making it difficult to hear the aircraft sounds, I bought the sim anyway since it was on sale for $12. That's too good to pass up.

That said, even though the sim designer said the sounds were that of a real Bell 47, I found them to be quite different from the whirlybird sounds I heard as a kid from the H-13s from Ellyson Field that flew over my house dozens of times every day as the Navy/Marine/Coast Guard student pilots flew to and from their outlying training fields. What I especially missed was the kind of whistling sounds the rotors would make as they slowed and came to a stop (with no rotor brake) when the engine was shut down. You might want to compare this to the sounds on the "Whirleybirds" TV shows of the late 1950s: https://www.youtube.com/watch?v=f0gprgsC8HE

Still, it's a good sim, and I highly recommend it. Just wish it came with some USA Army or Navy markings, and HT-8 livery in particular.

Love it. You can open both Doors by clicking on the handls. The H-13G MASH is my favoret of the vershions represented. I have first hand experiance with one from college every thing is where its suposed to be an it works.

Excellent little chopper to fly around the city. I got a sound pack for this and now it is as real as it gets, amazing what the right sounds can do, highly recommend.