A complete package of Airbus models all painted in Lufthansa liveries, brought to us by the AFS-Design team, available as an immediate download for both Microsoft FSX and FS2004. More than ten aircraft in total, with three different cabin interior models between them. If you ever felt that your virtual hangar was lacking, a high quality Airbus package like this could certainly help fill it up a bit; Lufthansa German Airlines is one of the worlds largest corporations in aviation today, and it is no small thing having a whole fleet of Lufthansa Airbus' at your disposal. Read more...

The exterior of the models show a lot of polish. All textures are high quality and include specular shine and night lighting, along with Alpha technology. They are 1024 x 1024 pixels, which results in great visuals without putting too much strain on your system and causing inconsistent frame rates. You'll notice various animations such as flaps and slats, cabin doors and landing gears. Nothing out of the ordinary, but definitely integral to a satisfying flight. More specialist animations are present, such as that for the engine thrust reverser. Realistic flight dynamics paired with accurate sounds recorded from the real world Rolls Royce TREND 900 engines, help round out the feel of the various Airbus models.

From inside the Virtual Cockpit, a host of things are of note. The center console features your throttle and engine control, trim wheel, radio controls and your FMC (Flight Management Computer). Easily visible primary-Flight-Displays, multifunction displays and switchable EICAS displays mean you can all ways be in control of both the aircraft and the flight data. A large upper panel with numerous, real deposited switches helps build the 3D space around you and keep you closed in. While the reflections on the cockpit windows do wonders for immersion, as they help blend the interior and exterior environments. Overall, the cockpit feels cozy, but nothing less than fully fledged; it has everything in it you need for safe and successful flights.

Considering the amount contained in this package, the download will not take up much disk space, so you need not worry about having to sacrifice anything else on your hard drive to make space for it.

AFS-design brings a excellent package of "Lufthansa Airbus" and contains the following models:

These models all have the following features:

All models have a fully functional cockpit:

All airbus airplanes are equipped with Lufthansa liveries

Lufthansa German Airlines, based in Cologne, is one of the largest global corporations in civil aviation. The Group has developed in the mid-1990s from the line with the airline Lufthansa brand. This is still operated by Deutsche Lufthansa AG, as sole owner and also the parent company of the group today, but only as a pure scheduled airline passenger with Frankfurt airport as a home. Within the Group, this is known as the largest airline in Germany, Lufthansa Passenger Airlines. The air freight business in 1994, the subsidiary Lufthansa Cargo AG, the aircraft maintenance at Lufthansa Technik AG (LHT) is transmitted. Catering is also operated by the Group's LSG Lufthansa Service Holding AG under the brand name of LSG Sky Chefs. The German Lufthansa AG is the initiator and founding member of Star Alliance, the world's largest airline alliance. 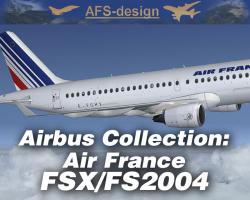 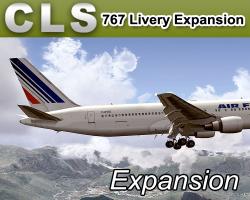