Looking across aviation history, you might struggle to find an aircraft that is as well-known as the Supermarine Spitfire. Although it may have served before the majority of the livings worlds lifetime, its deeds during the Second World War and afterwards have helped to etch it into the minds of aviation fans ad scholars all across the world. For those with an itch to get into the skies and see what the world has to hold for them in the cockpit of a Spitfire, this package might just be what you are looking for. Read more...

Produced by the immaculate A2A Simulations, you’ll be getting access to one of the most formidable fighters in military history, having helped to compete with some of the more devastating attacks that the skies have ever witnessed. Having borrowed the monocoque design that was making waves in the United States, R.J. Mitchell had incredible commercial success with his new jet – it’s incredible design still looks impressive even by today’s standards, but was also a crucially useful tool in the field of battle.

When it came to taking on the enemy, the Spitfire held nothing back and gave every bit as good as it got! Now, you can hop into the cockpit and see how it feels to fly one of these awesome packages thanks to the Wings of Power 3 packaged released by A2A Simulations.

The sheer strength and power of the Spitfire wasn’t let down in any fashion, though – especially not by the weaponries accuracy or the aircrafts ability to get out of a tight spot. Back in the day before heat-seeking firepower, aircraft had to be every bit as skilled as the pilot to make it out of there alive; well, the Spitfire provided any pilot who jumped into the cockpit with a chance of making it back!

Lethal and unforgiving in the air thanks to its combination of speed, power and resistance the Spitfire was capable of unleashing massive damage on the German opposition that it came up against, and was a massive part in the reasons why the Allies were able to actually turn the tide of the war in the first place. Air superiority was of massive importance to whoever was going to win the war; thankfully, it was the Allies who were capable of winning the war – and in no small part to this absolute maverick of a fighter.

If you like your aircraft to arrive with more personality and grit than the pilot themselves, this might be just what you are looking for. This by-the-book recreation of the Spitfire is one of the most enjoyable fighter re-creations on the market, especially for war historians and enthusiasts of old-school aircraft that want to see how much aviation really has changed. The cockpit might feel a little strange at first, but you’ll be able to get used to it being stripped down when you see the sheer raw power it holds!

This package isn’t just the aircraft on their own, however. A2A Simulations are well-known for their hugely impressive ACCU-SIM package, which has become a piece of flight simulation folklore. For those who are finding the world of FSX little too simplistic for their own tastes, you might be happy to learn of the existence of ACCU-SIM. This does pretty much what it says on the tin; by providing you with a much more challenging and authentic flight experience, you’ll be able to enjoy your time in the skies better than you ever have been able to in the past.

This adds a unique challenge to taking to the skies, as it brings all of the traditional rules that FSX plays by. It brings in so many different aspects of flying into play by introducing the frightening prospect of reality to proceedings – after all, flight simulation was built to be a realistic take on actual flying. So, where’s the variation? No two flights are ever the exact same in the real world and it’s vital that a flight simulator is able to actually replicate that feeling accurately. This is what ACCU-SIM works to do; it rebuilds what’s actually real within the flight simulator.

This is incredibly important, as it can help to revamp the entire experience. One thing that this does not do, though, is make the challenge too difficult. It simply adds more layers of realism and authenticity to the proceedings – no longer will you be able to get off lightly with a key mistake, or take from a snowy airport in the same way that you do from a lush and well maintained grass airport. Everything changes entirely when you start using ACCU-SIM; the extra lick of paint that it gives everything in FSX is hugely welcome.

Now, your aircraft will actually feel like it would in the real world – alive. It will no longer just be a shell that responds to the presses of your pad; it will genuinely react to everything you ask it to do. If you are pushing your aircraft too much, it will let you know in the most uncertain – and sometimes fatal! – Of terms. So, for any pilot who feels like they are able to take control of a notoriously challenging aircraft and get it mastered within a few hours, this might be what you have been searching for – a fresh challenge!

ACCU-SIM asks difficult questions of you, ensuring that you’ll need to go that extra mile to get the right kind of solution to every flight. What worked for you last night might not work at all today; it adds a unique element of risk to proceedings, and can make it easier than ever before to actually enjoy yourself when it comes to playing a flight simulator and getting the most out of it.

So, if you want to take things to the next level and see how an aircraft really would respond to command you previously felt comfortable with, try this out! 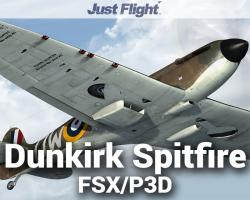