As one of the most commanding aircraft of its time, the Sikorsky UH-60 Black Hawk holds a certain reverence within military aviation. Immensely powerful and impressively agile, it's been held as a gold standard in military helicopter aviation for many years. However, it's often not been doing enough justice in FSX. This add-on for FSX: Steam Edition, though, looks to make up for that shortfall and create a hugely impressive Black Hawk aircraft. Read more...

The aircraft itself has served many different roles in the military. It was designed as a four-blade, twin-engine, medium-lift utility helicopter that could serve many roles. From being used in actual combat scenarios to playing a key role in helping out with the likes of medical evacuation, the UH-60 is popular with good reason

Indeed, it first entered service with the US Army in 1979, and since then has been used by the US Navy, US Air Force and the Coast Guard with regular success. It has also played a key role in resolving conflicts in the Middle East, The Americas and also across Eastern Europe in the past.

If you would like to try out a military helicopter that comes with a massive reputation, this is the perfect place to start. 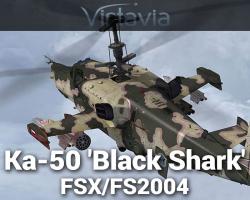