Few aircraft in the world of military helicopters is quite as well known as the Sikorsky UH-60 Black Hawk. With the help of this add-on, you can take to the skies in FSX: Steam Edition and really enjoy ling one of the most powerful helicopters produced in modern times. Read more...

The aircraft itself is one of the most popular four-blade, twin-engine aircraft of its time; a top quality utility helicopter more than capable of delivering on its stated mission objectives. It first entered into usage in the early 1970s and has become an iconic part of military aviation ever since. It's commonly used in various combat zones across the world, including wars in America, the Middle East, and Eastern Europe.

This downloaded content package adds a new file which will expand upon the original release by Virtavia. This add-on delivers some much-needed changes to the original add-on and will improve it further. This new add-on makes sure that users can make use of six new add-on liveries.

Please make sure that you download the original Sikorsky UH-60 Black Hawk by Virtavia first. This is ONLY for FSX: Steam Edition. 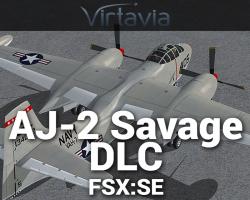