WSSimulation are stepping up with their fantastic new add-on for Flight Simulator X, this time bringing us a wonderful representation of Piper Aircraft's Meridian. The PA-46-500TP Malibu Meridian is a turboprop version of the original PA-46 Malibu, designed with larger wings and tail surfaces to allow for turboprop power. Read more...

The exterior model, made in Gmax, is well detailed and true to its real life counterpart. High definition textures and intelligent texture maps really boost the visuals, allowing for light shines over the body of the aircraft and making it feel very much like a part of the simulated environment. Numerous external animations do their part to add authenticity and depth to the model, including ailerons, rudders and accurate landing gear. And three included liveries offer variety and add some color choices, while remaining both modest and modern. All of which boast the same high level of detail, so you won't be disappointed with whichever you pick.

Also modeled in Gmax, is the fully interactive virtual cockpit. This contained 3D environment is just like the real thing and controls much the same way; all switches are animated and controlled as you would expect. Everything from the throttle lever, fuel pumps, ECS and Air Conditioner Control are accessible from the virtual cockpit; the cockpit is the place to be if you want to really immerse yourself in the experience.

The virtual cockpit is even equipped with the same G1000 flight system that was modified specifically for the Meridian and fitted with three screens instead of the default two. One PFD (Primary Flight Display) and two MFD's (Multifunction Displays) is more than enough to accommodate a single pilots needs. You may only ever use it for displaying checklists, but it is there, feature packed and ready to assist.

The cockpit features some nice night lighting, where gauges remain clear and readable, and the three large screens of the G1000 stand out against the cool gray panel. Further back in the cabin, passengers can sit comfortably under warm lights that, alongside plush and comfy seats, help create a relaxing atmosphere.

An included sound pack marries all other elements of the aircraft together seamlessly to create a believable Meridian that you would be proud to have in your virtual hangar.

The Piper PA-46 is a family of light aircraft powered by a single engine and has the capacity for one pilot and five passengers.

In 1997, Piper announced its  intention to market a turboprop-powered version by a Pratt & Whitney Canada PT6A-42A of 500 shp(373 kW).The first Turboprops were delivered in November  2000. Changes made to allow for turboprop power include larger wings and tail surfaces. In 2009, Piper began offering the Meridian with a three screen  version of the Garmin G1000including the Garmin GFC 700 autopilotas a replacement for the Avidyne Entegra system.

The Cockpit is a very high accurate 3D model, and fully interactive. It is made in Gmax and all switches are controlled like a real aircraft with all animations.

The cockpit have realistic nightlight with exclusive effect. 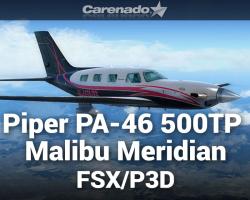 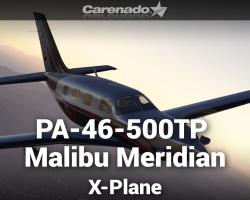 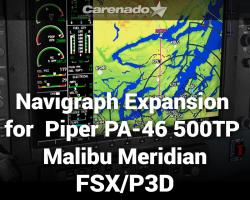 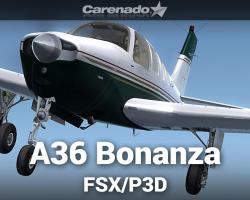 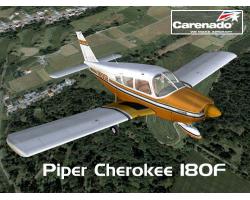