As a major part of the German economy, Frankfurt is a city of immense importance. Not only is Frankfurt a very important city for commerce, but also for culture. A deeply open-minded and multicultural city, Frankfurt is a location that is visited by millions every year. In P3D, even version 4, it looks rundown and nowhere near as energetic as it should. This second version of Mega Airport Frankfurt helps to correct that problem once and for all. Read more...

By ensuring that you are left with a totally new take on Frankfurt Airport, arrival into the city of commerce is no longer quite so difficult. Immense attention to detail is carried out across the board. Nothing is left to chance, with this major hub of German commerce and culture coming to life in true fashion.

Once an airport that felt free from life and charisma, this helps to ensure that everything is improved. New textures, new lighting, new layout, seasonal changes and more authentic scaling and atmosphere makes Frankfurt a city worth visiting once again. 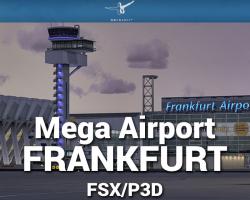 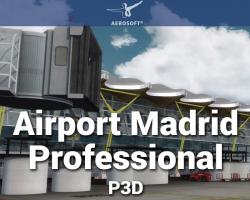 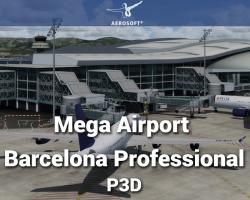