The busiest airport in Germany, Frankfurt Airport, is now available for FSX and Prepar3D V3. This stunning scenery created by the award-winning German Airports Team conveys the ultimate Mega Airport feeling. Get started in international aviation and depart from Germany`s main hub. Realistically scaled and with all airport buildings modeled, this add-on takes you on a huge journey.

Taxi along the taxiway bridges to the runway or check out the new Terminal B. High resolution textures, taxiway signs, taxiways as well as an aerial image of 140km² covering the towns of Eddersheim, Okriftel, Kelsterbach, Zeppelinheim, Walldorf and parts of Raunheim make your heart skip a beat. 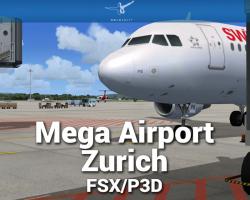 This air port is fantastic , especialialy at night , great runways . lighting is fab as is approach , I have six maga airports from aeropsoft , this one outshines them all , recomend to anybody well pleased with my purchase ta 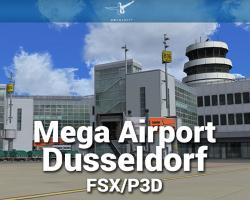 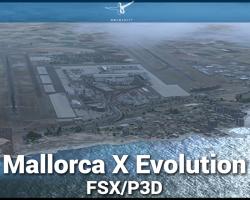