McDonnell Aircraft's F3H Demon was the firm's first swept-wing jet fighter. The aircraft was conceived in 1949 as the XF3H-1, with the first flight taking place in 1951. Unfortunately, the original Westinghouse J40 engine was extremely unreliable, leading to the loss of several aircraft and pilots. Read more...

Despite the faulty powerplant, McDonnell set an unofficial time-to-climb record in 1955 of 10,000 feet in 71 seconds in an F3H-1N. In 1953, the Demon was refitted with the more powerful and reliable Allison J71 engine. This powerplant substantially boosted the plane's performance. In 1956, the F3H-2N Demon was approved as a front-line fighter with the U.S. Navy.

In service, the Demon performed well, although it was still somewhat underpowered. However, it was a sturdy, stable platform under all flying conditions. The last 522 Demons were delivered in 1959 and were not retired until 1964. 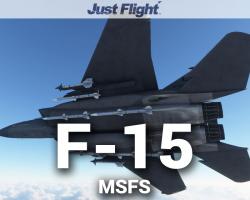 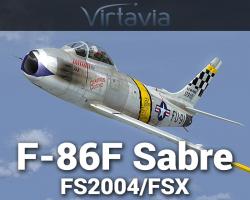 When you fly an aircraft named the Demon you are usually expecting something rather spectacular - and here's' what I thought;

The first thing I really noticed with this design was that it was so spot-on.

I went and found some videos and images of the real thing and made a big deal out of looking over it, creating a much easier to understand entity in the long run as well as making sure you have access to the kind of tools that you could require to make your overall flight experience much easier - form that standpoint, the overall attention to detail they have include is very much commendable.

Add in the extra texture sets and you have one of the most enjoyable forms of flying ever being released. This will ensure you have no problems whatsoever in building something that really does push the boundaries of FSX.

The performance was equally impressive, doing everything that it could to capture the real look and feel of this aircraft whilst ensuring you'll have no problems buying into its general feature and style without having to worry too much about how it will affect the way that you are flying. Looks brilliant, for sure.

Very precise in its detail and does everything it can to really make you feel at home in the cockpit. Every little detail included across each loadout so that enthusiasts like myself can get the full appeal. Overall? I'm massively impressed with how this aircraft works.

Much like the F4D Skyray (reviewed here earlier) I've wanted to fly the F3H Demon from a very early age. The old book that I first saw the Demon said the top speed was 'Secret'--along with a bunch of other stats--it definitely lent an air of mystery. Years went by and I learned a lot more about this plane, that it was seen as an evolutionary step towards the vaunted F-4 Phantom II. I still wanted to fly it in Flight Simulator. I kind of hoped it would be underpowered like the real thing--that would make it more of a challenge. I was not disappointed. It was very easy to get on the back of the power curve on approach. Even though it's a simulator and I haven't tried any carrier 'traps' those first few landings were kind of a white-knuckle experience. I love this transonic underpowered beauty and Alphasim/Virtavia captures at least the spirit of this plane. The visual eye-candy is fantastic in and around the Demon as well. All in all this is a fantastic aircraft. Highly recommended.

The F3H from VIrtavia gas been around for quite awhile, but I love cold war naval fighters so had to buy it. For the price it is worth buying, but the paint schemes could use some more detail. I like dirty aircraft, and this one seems a little to clean, especially on the underside, which should have a lot of grime and stains.

She flies pretty well, and from a visual level, is pretty much spot on. Cockpit animations are somewhat lacking and details of radio and other side panel objects could be sharper. I have seen some freeware aircraft that have more attention to detail. But for the price ($10) I would say it's worth buying. You can never have too many aircraft in your hangar.