The Second World War is remembered by most people because it was the first war that really saw large chunks of it fought in the skies. Although World War One had many interesting aspects to it from an aviation point of view, WW2 was fought in large chunks above the skies. Read more...

Additionally, military aviation had become far more effective in that time and it was a common part of the war – however, the naval side of things was just as important in eventually routing the Axis and allowing for an Allied victory.

In the case of the British, the naval side of things was incredibly important – especially when backed up by some of the most impressive warships ever delivered in the modern era. The King George V-class battleship was without a doubt one of the most impressive of the era, and it established itself as a key player within the changing of the tide within the seas during the Second World War.

The warship class was hugely impressive in the long-term change within the battles on the sea, offering a large amount of support and protection for some of the less able warships. it was commissioned in Newcastle upon Tyne in 1939 and by 1941 it claimed its first significant victory; defeating the German warship Bismarck.

The ship itself was rather gargantuan in size compared to many of its contemporaries, and its massive array of firepower made it hugely impressive for a long time after the war, nevermind during it! The sheer power and presence of the aircraft was also backed up by its incredible support structure. This included various sensors and radars, allowing the ship to prepare it for any upcoming attacks and allowing it to offer significant support across the seas and also to the skies, when possible.

It also served, in May 1945, during the battles against the Japanese. Joining in with the Howe, another British warship, the ships laid siege to the Ryukyu Islands, wiping out the Japanese air facilities that had been stationed here. The warship was last used in any official status as it was present during the surrender of the Japanese in Tokyo Bay.

The ship then started to suffer from a slow but significant phasing out period, eventually being removed entirely in 1957 as all of the ships available were sold off for scrap. By 1958, the ship was more or less gone.

That being said, the King George V inspired its allies in battle and drove fear into the Axis ranks, providing an incredibly powerful platform for spectacular damage from the relatively safe standpoint of the navy.

The warship itself was massive in size, with a displacement alone of 42,245 long tons. Additionally, it was a massive 227.1m in length and also 31.5m by the beam. With a draught of 10.2m, this was a warship that easily managed to show its size and scale in comparison to many of its contemporaries at the time.

Its power, too, was incredibly fierce; it had around 82,000kW of installed power onboard making it an exceptionally powerful – yet costly – warship to have. However, it made up for this by being relatively quick for something so large as it was able to hit speeds of around 52.4km/h. Add in the fact it used 2 x 8000 p fuelling, and you can easily see why this was such a tough nut to crack for the Axis armies.

It also had 4x one touch starters, making it very easy for the aircraft to get itself powered up and ready to go in a blink of an eye- for something so massive in size, this was a real difference maker at the time as it allowed for quick and effective maneuvering from battle when needed.

Its actual accompaniment of men too was far beyond anything else that was really around at the time as it carried a massive complement of 1,422 men. Add in the fact that it was so heavily armed with more than 100 guns in total that ranged from large BL 14 in Mark VII cannons to more than 40 AA guns to help combat an aerial invasions that made their way down to attack the King George V.

It also carried four Supermarine Walrus seaplanes, giving it a small grouping that could be dispatched if ever needed during a fight. 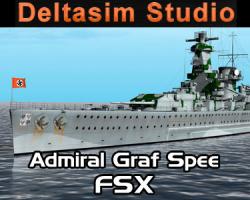 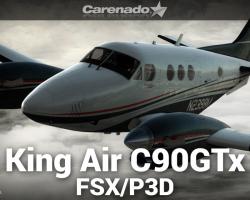 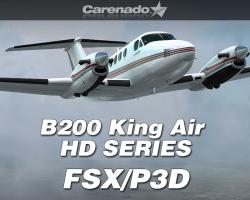 Deltasim Studio has just launched HMS King George V battleship for Microsoft Flight Simulator X users. King George V participated during the Second World War and features multiple bladed propellers and geared turbines. It measures an amazing 745 feet and can achieve maximum speeds of 28 knots. It can carry up to four super marine seaplanes and can carry a wide range of armaments including naval guns, anti-aircraft guns and bombs.

This warship is equipped with conventional small tube boilers that can give an incredible horsepower of 100,000 shafts. Each boiler weights about 416 tons and delivers increased fuel and boiler efficiency. Multiple sets of geared turbines are arranged in a double helical shape in order to get optimum displacement. The cruising turbine is connected to the high pressure turbine and an astern turbine is connected to the low pressure one for optimum output.

A wide variety of warning and failure systems are incorporated to alert the crew. King George V also comes with ten different naval guns mounted on twin turrets that could be elevated by 50 degrees. Each gun is capable of firing every 40 seconds with perfect precision. The anti-aircraft guns come with gyroscopic target tracking. The innovative cannon shots, guided anti-aircraft guns, and moving turrets makes this warship a powerful one.

This full package comes with a detailed instruction manual for beginners. Go for a good graphics card and additional memory for the best performance. Download this beautiful warship and experience the incredible power of this beast.