This part of the German naval army within the Second World War is, without a doubt, one of the most impressive ships that they had at the time. Given the limitations set upon Germany by the Treaty of Versailles, these ships were limited to being just 10,000 tons and carrying 11” guns for firepower. Despite these limits and holds upon German military capacity, they were able to create some flagship warships that would make a significant and telling contribution in the upcoming war, despite the Germans eventually losing.

To make up for the limitations set upon the German navy, they used electrical arc wielding to construct the warship instead of going for the more typical rivets. This saved a lot of weight in the design as steel plates no longer overlapped. Using typical German engineering conventions, this created a hugely versatile warship that was lighter than her opponents but equally as potent in battle. By using Diesel fuel, also, they reduced a lot of the weight that allowed for the ship to be made equally as impressive as its Allied counterparts without any of the typical weighting problems that Germany was now strictly hampered by.

Along with the Bismarck, the Graf Spree stood at the top of the table in terms of warship efficiency in the German military. Battling back against these limitations on the warship, it was able to fight back against these problems as listed above and, once the war commenced, created a significant problem for the Allies. It was engaged in many battles including the commerce raiding on the Allied supplies, where it sunk an impressive nine merchant ships.

Eventually, the ship was tracked down the River Plate by Allied forces looking for revenge, and a bloody battle ensued on the seas. The Graf Spree took significant damage throughout the battle, and eventually docked in the neutral port of Montevideo. However, it was forced to leave the port within a 72-hour timeframe thanks to international laws and the ship was considered to be too badly damaged to be any more use to the German crew. Instead of risking the lives of his entire crew, the captain of the ship decided to scuttle the warship instead.

Despite its massive cost of 82m Reichsmark to actually put together, the warship was one of the most conventionally powerful in the limited and hamstrung German navy and during its battles, gave an incredibly good account of herself. The Vessel itself was named after the Admiral of the First World War, Graf Maximilian von Spee, who died during the Battle of the Falklands Islands in 1914.

Following her loss to the German navy, it’s sisters in battle the Deutschland and the Scheer, were re-classified as what is known as a heavy cruiser instead of the conventional name that they carried when first constructed. Although the German navy lost the war convincingly in the end, it served as a key part of the German resistance on the seas against overwhelmingly difficult odds. 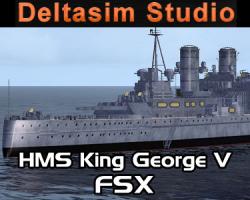