While to many Greenland is a location of much mystery and mythology, it’s a perfectly functional part of the world. Home to the Vikings of the past, today it’s a major part of the region it resides within. To get to Greenland via air, though, the chances are that one will arrive via Nuuk Airport. As the major airport in the region, this is a very challenging and unique flight experience which is sure to challenge one’ abilities in the air. Read more...

With a very impressive view of the city of Nuuk itself, too, your challenge in arriving here will be rewarded with a truly breath-taking view. Optimized by FSDG, this take on an Aerosoft classic helps to really add more depth to Greenland than was ever included previously. Having been settled as the major city in Greenland and as its capital, a trip to Nuuk with this add-on helps to make the city finally stand out for its true power and importance.

Since the 1950s, the Danish expansion into Greenland has helped to see Nuuk grow rapidly. Today, it’s a major part of Inuit culture, with a third of the population living in the metro area of the city. This mod helps to make that rich and thriving populace more apparent, adding energy and function where previously none existed.

As the major hub of Air Greenland, too, Nuuk Airport plays a major role in servicing the entire region and helping other nations get to Greenland. Now, this helps to bring the airport to life and make it much more appealing to come and visit when compared to the husk that previously stayed here in original flight simulators.

From operating flights across wider Scandinavia to flights to Canadian territories like Nunavut, this is a very popular part of Scandinavian culture. For that reason, the airport offers a very worthwhile – yet challenging – trip for any ambitious pilot looking for something a bit more engaging. If you would like to try and make your way through the mountainous regions to get here, be sure to try out FSDG’ take on Nuuk as a whole! 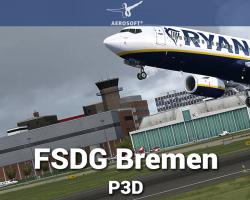 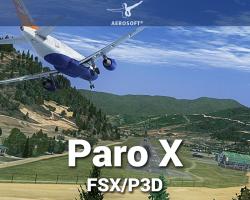 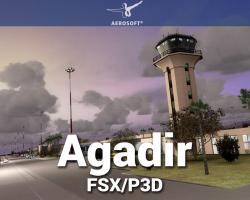 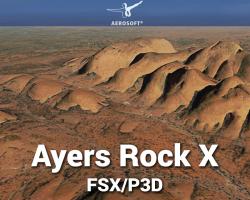