As far as aircraft go in the Fokker family, the Fokker 50 probably stands out amongst their most important developments. First introduced in 1985, it has become a very popular member of the Fokker airline group and is probably among their most productive units ever produced. It's still in service today across the world and is commonly seen in flight simulators due to its popularity.

Now, users of FSX and P3D can enjoy a thoroughly realistic take on the aircraft of which over 200 were created. The Fokker was produced from 1985-1997, and in that time made a very clear mark on the Fokker family of aircraft. Commonly used by the likes of the Royal Netherlands Air Force as well as the Republic of China's Air Force, this is a very impressive aircraft which can serve a variety of uses.

The Fokker 50 was so popular due to the fact that it was so powerful. The dual Pratt & Whitney Canada PW125B/127B engines were very impressive for the time. Add in the outstanding power of their six-bladed propellers and modern cockpit systems, and it's easy to see why the Fokker 50 quickly became a market leader for such a length of time.

While it was eventually overtaken by future Fokker builds, it still holds a very positive reputation today. If you would like to see what the Fokker 50 brings to the table, be sure to try out this add-on for P3D and FSX. 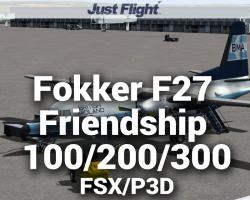 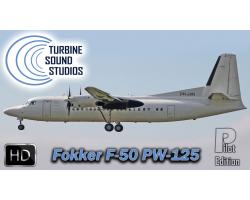 This item looks fabulous!! Thanks a lot!! I am about to fly it and I am excited! 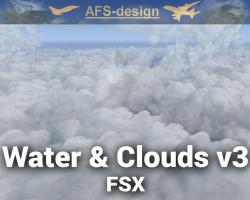