Given the overall power and the presence of the aircraft itself, the F-86 Sabre manages to carry all of the requirements needed of it. First released to be the true replacement for the F-80 Shooting Star, this aircraft managed to become the key style during the late 1940s. Read more...

It was first introduced to the USAF back in 1949, and soon became a clear front runner as the latest and greatest of their air technology. It was noted quite quickly for having an incredible level of performance compared to the vast majority of its contemporaries, winning it incredible respect and affection.

It was also known for being extremely easy and effective to handle as well as having a huge level of adaptability. This range and style made it a popular choice for pilots across a range of countries, enjoying its open and adaptable nature that makes it without a doubt one of the most powerful aircraft of the era that it served in.

The aircraft itself was noted as a member of many different NATO-affiliated countries who, and was also produced outside of the US as Canadians also took up this aircraft. It served as a key member of the various forces it flew under with little under 10,000 being created. Infact, today this aircraft is still being enjoyed by private users!

This package manages to recreate the aircraft in all of its stunning detail, with a newly updated engine making it a far superior selection to all of its predecessors, as well as ensuring that it comes with the larger wings that this was so well known for. In general, this manages to give you total access to the aircraft - cockpit and everything - which makes it nice and easy to fall in love with this aircraft, relic or not! 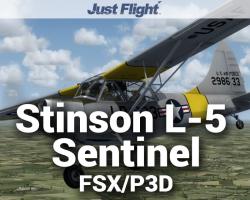