The F-111 was first brought to the table as an advanced equivalent of the "swing wing" style that has become so popular. With the turbofan engines and the stunning, sleek design this aircraft manages to carry class, power and efficiency all in the one location. Read more...

It has been used for many years and was operational until 2011, when the Royal Australian Air Force finally retire their own editions.

Now, you can fire into the cockpit of this amazing remake and see just how the Aardvark would have felt to fly whether you are engaged in combat, scouting or anything in-between.

In this package, you get five unique variations of the Raven included, with the FB-111A, F-111C, F-111E, F-111F, F-111G and EF-111A Raven all included in here. Alongside these unique variations and additions, though, you'll find that it also includes a range of additional liveries that include; 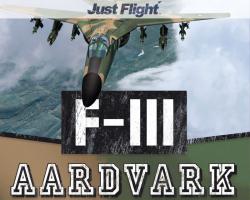