With a daring level of impressive change and an accuracy to history, this means that you can fly a rendition of the aircraft that feels engaging and exciting and also means you have lots of time to understand how it works thanks to the impressive information provided alongside the mod itself.

5 HD liveries and 1 blank HD livery. All liveries follow a historical look and feel making sure you are flying something that fits with the real thing. You'll also get access to 1 HD blank livery that is for anyone who is feeling artistic and wishes to make their own fictional livery for their own use.

Makes use of various PDF books as well, for handling everything from Normal & Emergency procedure to getting Performance Tables and References to see what means what. This helps you settle into the EMB505 Phenom 300 and makes sure you will have no problems when it comes to flying the aircraft, with recommended settings included to help you optimize performance standards. 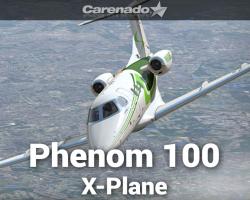 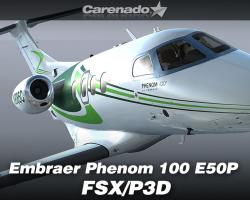 I'm no stranger to the astonishing aircraft models that Carenado create; I've bought a few of them, flown a few more of them and every time I walk away smiling. However, this was the first time flying one of their light business aircraft. Moreover, this was my first time checking out anyone's recreation of the Embraer Phenom 300. I'm not particularly familiar this type of aircraft, them so I've not been in the market for them until recently when I decided to expand my horizons. Well, not surprisingly, it's as good as I thought it would be.

If you're familiar with Carenado then you'll know this already, but the model itself looks amazing. It's incredibly well-crafted has five really good looking liveries to choose from. The textures are 4k resolution, so even the smallest of details can be seen clearly. As of yet, I haven't even considered using the blank livery to make my own because I just don't need to.

Honestly, I think my favorite thing about this is the G1000 Prodigy glass cockpit. I thought that it really wouldn't be any different from the regular G1000, as the only thing that was really added to the avionics suite was an integrated maintenance computer, which we don't exactly reap the benefits of in our simulators. Bur we do get a third 12.4-inch screen, and the more screens the better. I get the functionally it's pretty much the same, but there's a feeling I got when climbing into that cockpit that I just haven't got anywhere else.

I can imagine that at first glance, the G1000 Prodigy cockpit could be daunting. I had at least spent some time with the standard G1000, so I wasn't completely overwhelmed. Fortunately, there is a very thorough .PDF covering everything you need to know about the cockpit set up and how to use it, as well as there being tons of resources online that can help you master it.

The aural warning sounds mentioned in the feature list are a really nice addition. I'm sure that they would have more impact if I had ever flown in a real Phenom 300 and had actually recognized them, but you can tell they are the real thing and that adds a lot to the experience as a whole, making all the more atmospheric.

Let me start off by saying this aircraft is so realistic! the design, the switches and the overall feel of this aircraft are superb if you want to learn how to fly realistic I say saddle up your wallet and purchase this aircraft because this will provide you the best way to actually fly. I purchased this aircraft yesterday and have not been disappointed. I will say there is a learning curve if you are used to airliners but it's a great learning curve needed to show how much knowledge you actually have flying a jet! please please if you want good aircraft fly carenado they are the best and provide the best aircraft for your sim! no doubt in my mind I will be buying more from them!

This is probably the easiest jet to learn, Incredible to look at and amazing performance. Very hard to beat, and Simshack offers it at the best price you will find. 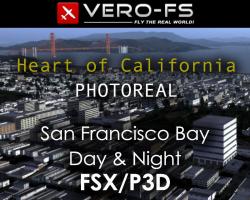 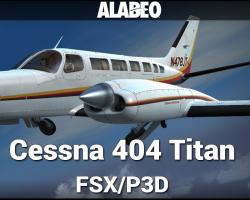 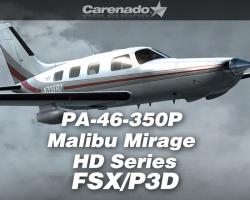