The host unit at Dyess is the 7th Bomb Wing assigned to the Air Combat Command Twelfth Air Force. The 7 BW is one of only two B-1B Lancer strategic bomber wings in the United States Air Force, the other being the 28th Bomb Wing at Ellsworth Air Force Base, South Dakota.

Dyess AFB was chosen to receive the Air Force's first operational B-1B's in 1983 and in June 1985 received its first B-1B Lancer replacing the B-52 Stratofortress and in October 1986, assumed nuclear alert status. In June 1992, as part of the first major reorganization since the creation of the USAF, the Air Force inactivated the Strategic Air Command and assigned Dyess's organizations to the newly activated Air Combat Command. The 7th's mission changed from that of strategic bombardment to one of worldwide conventional munitions delivery.

Since then Dyess has been recognized as the premier bomber training center. Dyess is also home to the 317th Airlift Group of the Air Mobility Command. The 317 AG is the largest C-130J Hercules unit in the world. 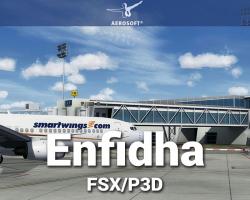 This product is very good. I have had problems with the blue lights outlining the taxi ways bering on when first download is installed but not working running program the rest of the times I have loaded the program. The blue ligtls don't work any other time . Can you help Komorrowskit@suddenlink.net Ted 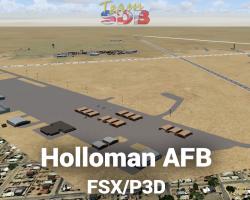