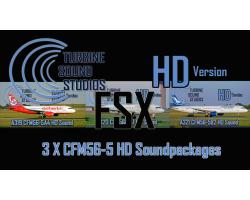 Being able to fly an Airbus aircraft takes a lot more change and notice than flying your usual kind of aircraft – after all, they come with a relatively challenging style and they can be, in general, a bit of a pain to man properly and get it to work just as you had imagined. One of the most important things with using an Airbus aircraft though is being able to make an acute audio diagnosis. This means that you need to be able to hear when things are going wrong inside the aircraft, but this takes time and patience to learn.

Even more important, though, is getting the right kind of sounds. The typical FSX and FS2004 sounds are very generic and won’t really give you the kind of circumstantial sounds that you need to hear if you want to be able to get used to how an aircraft will be flying, and how it will sound when it’s doing so. A brief period of time is all it takes to get this decision right – and that decision is to download this package. Made by the brilliant Turbine Sound Studios, this modification will give you all the help that you need in hearing the sound like it was supposed to be when you first used a flight simulator.

It combines so many features and prominent sounds that make the aircraft really feel authentic, and will help you become a far more balanced and rounded pilot who can read key sounds.

Most importantly, though, is the fact that you need to be able to manage and prepare the correct response for when something does go wrong – it takes time and patience to get there, but will make a rather massive difference as you’ll now hear things before they actually go wrong!

This product is not compatible with the Wilco Airbus models. 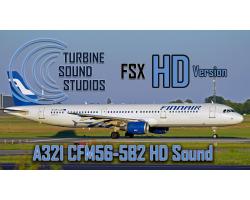 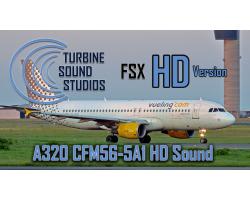 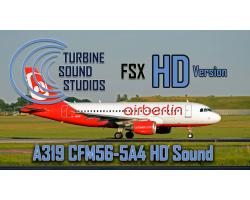 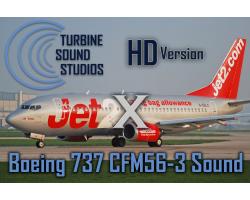 In various posts recently I have been reviewing the improvement and the change that comes with improving the sound systems using the excellent Turbine Sound Systems projects. As a well-known and respected part of the flight simulation community their introduction and subsequent solidification within the community has been incredibly impressive, giving us all the help that we need to get the wind and the rain sounding as realistic as the engines and the flaps on the aircraft.

This package is built for FSX and FS2004 so if you are looking for something to help spruce up your enjoyment of the Airbus 319, 320 or 321 this is the place to get started. These systems totally energize the soundtrack for a whole host of Airbus crafts and make it so much easier to fly in general.

You will find that life is so much easier when the sounds are working in tandem as it can be managed so much easier. When you have everything sounding and acting as it should, and as it would on the real thing, you can naturally take on the flight with far more confidence and control than you would have been able to in the past.

After all, the hardest thing to manage with an aircraft is just the variance and the circumstances; and with the sound giving you a clear idea of what those circumstances are, it becomes a whole lot easier to stay on track and get things done in the right way.

Whatever you expected to get with this package, though, you will be impressed. It takes high-end HD sounds of these aircraft from real life and combines it with high-end sounds that fit with every other situation possible such as the wind to make that fine balance of sound.

Best of all, the sound perfectly works alongside each other as it would in the real world; the sound outside the cockpit for example, will be quite muffled in comparison. In the past, it has all just founded into one and made a rather generic sound; with this package, and in truth all the others I have tried out recently, the sounds have been bang on both in terms of authenticity but also in terms of balance.

The best thing about this kind of service, though, is that it helps you become a better pilot. When you start using the weather to understand what is going on at the moment, you will find it so much easier to actually just enjoy the flight and start picking things up. You’ll have far more knowledge and understanding of what certain sounds mean, in turn becoming a more talented and balanced aviation pilot in a flight simulator. It takes time to get it bang on, of course, but you simply need to persevere with the new range of sounds to make sure you can understand them because when you do it makes a big difference – I’m now flying my Airbus flights with more confidence than ever before!