For any pilot, one of the most enjoyable sounds you can hear is that of an aircraft working well. However, FSX/P3D users will be more than aware that, too often, sounds tell you nothing. Often only paying generic lip service to the atmosphere, sounds aren’t anywhere near as useful as they should be. Read more...

With this Turbine Sound Studio package, though, you can help to make your ears as useful as your eyes once again. By making the sounds much more realistic and contextual to the experience being felt, this can make the challenge of flying much simpler to contend with.

Now, you can easily take control of your ATR-42/72 aircraft as it contains the full Pratt & Witney sound systems that you would expect. The engine now roars into life on this aircraft, combining the appropriate sounds from the ATR-42-200/210/300/320 sounds. This helps to make sure that any trips in this awesome little aircraft will provide you with a more simplistic and stress-free flying experience.

From diagnosing problems with the aircraft to spotting issues with performance before it becomes a crisis, this makes flying the ATR-42/72 aircraft so much simpler. By improving your attention to detail, this makes what is often a challenging experience a lot easier to enjoy. By really capturing the power of each engine as well as ensuring that sounds match up with the aircraft performance, this can make you a more rounded and attentive pilot as well as maximize your ability to solve problems in a short space of time-based only on sound. 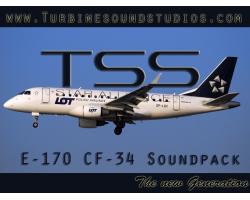