If, like many other flight simulation fans you are still using Microsoft Flight Simulator 2004, you might want some new blood added in to your experience. Thanks to the detail, control and style of the AFS-design crew you can finally add the Airbus A330/340 Family of aircraft into your flight simulation experience, adding something entirely fresh and engaging that transforms the entire prospect of flying with these models.

Thanks to an incredible attention to detail and a precision that ensures flight dynamics and the overall control and format of the flight has been captured, this really does make it easier than ever to have the kind of flight that you would have been hoping for.

Without any further delays, then, spice up your FS2004 experience with this!

In a bid to ensure you get the most authentic presence possible, this modification includes; 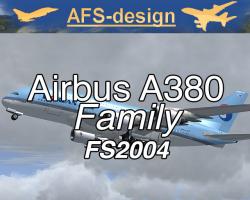