For many years, the Airbus range of aircraft has been some of the most popular around. Their domineering style and massive size makes them one of the most prominent of their kind, ensuring that people from all across the globe are capable of flying around in what is essentially a bus with wings. Using them in a flight simulator can be great fun, but one of the criticisms of these aircraft is that they lack a certain level of sophistication and style within simulators like FSX. Read more...

This mod looks to solve this problem in true style.

By providing you with a sound package that will work with any version of the Airbus 300, this package brings the whole thing to life in a way that has never been dealt with before. The Turbine Sound Studios team is experts at putting together truly outstanding packages that fit the narrative and style of the Airbus perfectly, encapsulating their booming noise and extremely defined profile for everyone to use.

This version of the Airbus 300 is known as the Pilot Edition; this means that all sounds are edited and improved to make it sound as if it’s coming from the actual cockpit environment instead of anywhere else. This balances the sound perfectly and makes the whole thing sound just the way that it should have when it was originally released.

Everything included in here is to make a sound related to the massive turbofan CF6 engine kept within this aircraft. Powering a huge range of different airliners, these massive engines were one of the first of their kind available and were widely used within the Airbus aircraft – this replicates its distinctive, rumbling noise just about perfectly 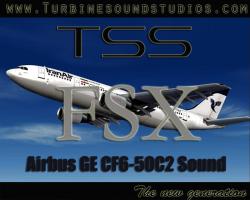 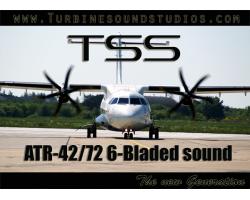 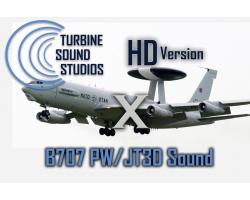