The Grumman A6E Intruder is a very popular part of aviation history, first taking to the skies in 1960. Since it first flew, it was first used by the US Marine Corps and US Navy. So good was the A6E Intruder that it was not retired until 1993 and 1997 respectively. In that time, this all-weather attack aircraft built up a strong reputation for itself. Seen as part of the next generation of post-war fighters, this was a game-changer for military aviation. Read more...

It was developed in the 1950s as the US was in need of an all-weather jet-powered aircraft. Seen as the successor to the previously popular Douglas A-1 Skyraider, the Intruder was an instant hit. It was seen as a simple aircraft to control, with a crew of two easily able to handle every aspect of operation.

Now, pilots can try it out for themselves if they choose to invest in this FSX/FS2004 add-on.

In this package, you get a fully operational take on the A6E Intruder as well as a fully working range of liveries. Though the Intruder has long been retired, flying it in FSX is a great introduction to modern military aviation.

Having served as part of the Vietnam and Gulf Wars, the A6E Intruder was a vital part of military aviation history in the USA. While it's been replaced by the F-14 Tomcat and others since it's still remembered fondly.

Alongside the base model, users all receive eleven model variants and eight texture sets to pick from. These include:

The Intruder is easily one of the most enjoyable and accessible aircraft out there, making it easy for even the most challenged of pilots to have some fun when they hop into the cockpit of this machine. It's made for flying around at quickly and effectively and gives you that real aviation boost that makes life so much simpler for everyone; when you fly something like this then your life really does become ten times easer to control and to enjoy as you will get a true appreciation of the kind of depth and detail that has long since existed.

The A-6 is an aircraft that will give pilots like myself a glimpse behind the curtain in terms of what we are capable of today within military aviation, even if the aircraft is more than three decades old. It till holds up today and gives you all the ideas that you need to see why military aviation has become such a massive industry - even though it was retired in 1997 for me it was still an aircraft we should have had in the skies today, and being able to actually try one out myself in a simulator was a massive amount of fun and something I would love to do again in the future.

If you are interested in seeing what we are capable of as a species when it comes to our development of aviation techniques and skills, you'll absolutely love flying around in this machine - its great fun!

The dynamics of the plane flies really well. The 2D/3D panels could be better. Lots of the functions on the panel not operatable. But still a fun plane to fly.

I found this download very easy to install. The plane flies great. I have only flown for 2 hrs but I will certainly spend many more hrs.

This is a great flight model, the only draw back I could find is the launch bar for carrier ops does not seem to work. 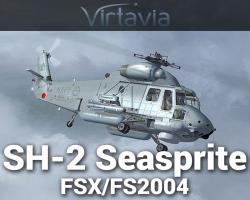