Although many flight simulation products specifically concentrate on the aviation from an Allied point of view, the German aircraft during the Second World War was a sight to behold, as well. As one of the most important and most regularly created fighters throughout the entirety of the war – with more than 30,000 of this fantastic model created – it was comfortably one of the most numerous fighters seen throughout the entire war and served as a real force in the skies prior to the counteraction by the Allies which eventually turned the tide of the entire war. Read more...

The aircraft first took to the skies in 1935, and ironically was fitted with a Rolls Royce engine – a cruel twist of fate for things to come in the future for both sides. Although many of its first pilots were not impressed due to being used to the aircraft models and styles that were regularly seen during the First World War, it was eventually pushed through despite complaints and was developed with a DB 601 engine instead of using the British-made parts as the basis for the aircraft – and it proved dividends during the conflict, providing the Bf 109 with power and pace.

Despite the obvious limitations of the aircraft – a lack of range most notable being the problem, along with an inferior diving capability in comparison to the equally rapid Spitfire – it served as one of the most important part of the German air force until the 1940s, when they were lost in heavy numbers. Weighted down by the under-wing heaters and a rather choked control scheme after continuous flight, the rigid nature in the design and style of the Bf 109 held it back from being a true competitor in the skies for later British aircraft.

Even with these limitations included in the discussion, though, the Bf 109 was more than a match for any British models that they came up against if it was commandeered by the right quality of pilot. One of its main competitors was the Hurricane, and it still held many positives over the Hurricane through sheer power. The main thing that held back the Bf 109 was a lack of time and resources put into the development of the project – it was an aircraft that needed a lot of work done to it, and was eventually outstripped by its more modern rivals.

In this package, you will finally get to take to the skies in one of the most prominent of the Axis war force – complete with all of its limitations and recreated in the most stunning detail possible, this remake of the Bf 109 gives you all the help that you need in really getting into the spirit of Second World War aviation. Complete with all of those little changes and additions that help make each and every aircraft feel unique, you’ll truly feel the difference between the Bf109 and the Spitfire thanks to A2A Simulations.

Using this aircraft can be fairly challenging – the main thing that you need to do look out for is that you are following the specific startup policies, and that you read the following sections to fully understand how to fly the aircraft, and how to maintain its overall style and performance. These simple steps will help you keep the right track as you fly, and make sure that you get to where you intended to go with your new Bf 109!

Typically, the take-off procedure for using the Bf 109 is quite different compares to what you might usually be used to, especially in comparison to other Second World War fighters. Due to the tail-heavy nature of the aircraft, you have an extra layer of stability and have no need for using a tail wheel lock. However, when taking off, you need to hold the stick forward instead of back as well as to the right, making sure it’s in the right corner of the cockpit. Once you reach a speed of around 100 kph IAS, you will start to balance out properly.

Don’t make any attempts to come up off the ground too early, though; if the leading edge slats deploy for the vehicle too quickly then you can have a serious control issue. Ensure that you hold the aircraft level on the main wheels and that you have an appropriate flying speed before attempting any kind of take-off, before lifting off gently into the sky.

Once you have retracted the gear and the flaps, you can start to climb normally.

Next, you need to make sure that you are actually taking off properly; this can be a bit of a problem for some pilots when they first start using this package. To avoid the problem, make sure that your standard climb is made at around 250 kph IAS at sea level, with a manifold pressure of around 1.25 ATA and the engine running at 2400RPM. If you want to get the best performance possible during the climb, try and climb at around 1.3 and 2500RPM for around five minutes – this will let you get the biggest jump in the shortest span of time.

As you might expect, this aircraft carries all of the usual hallmarks of an A2A creation; it’s got all of the real limitation that the Bf 109 suffered from. The DB601Aa engine that is encased in the aircraft can deal with medium altitudes just fine, but afterwards it can start to struggle slightly. Although it has a supercharger included to help to reach top speeds more efficiently at higher altitudes, you should only use the Emergency power functions for brief time periods – five minutes at any given time. This will help to conserve the engine and ensure that the aircraft flies properly.

Just like any good Second World War aircraft, these aircraft aren’t very good at dealing with spins! You’ll lose a lot of altitude if you don’t get it right and can cause the aircraft to become very close to being put out of commission! Additionally, dealing with stalls is part and parcel of flying the Bf 109. You’ll find that stalls are usually very mild and are recovered from quite quickly, so you don’t have too much to worry about with regard to the aircraft cutting out! 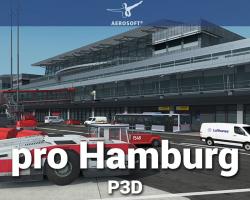 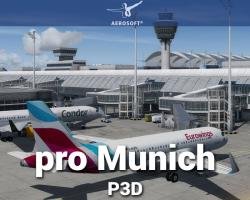 good plane to fly, unfortunately not working in P3D