As a part of the world that is celebrated for its happy-go-lucky nature and massive cultural events that bring millions of people together, New Orleans is one of the most well-known parts of the world. It’s hugely friendly atmosphere is a constant drawing point for people to come all across the world to give you an idea of what can only be described as “proper fun”! Read more...

However, it’s very poorly made in FSX and P3D, and this can take away from the spectacle a little bit. Thankfully, scenery modifications like this can be the difference maker for those who feel let down by the lack of quality, precision and attention to detail. In this package, you get more than 5,000 square miles of scenery added in to the Terminal Control Area of New Orleans. This covers the city itself as well as the surrounding areas, making it possible for you to fly over everywhere of note and finally see it standing there where it should be, and in the detail that it should have had in the first place.

By using 50cm/pixel quality textures, this means that the whole place is directly fitted into where it should be. landmarks fit their real-life locations and the attention to detail on everything from the smaller streets to the industrial and commercial hotspots are easily noticeable.

A city of a population of around 343,000, New Orleans has long been seen as one of the most interesting places to come. Along with the outlying areas that all hold their own unique quirks and styles, this manages to really give you something to remember and embrace about the city as a whole, taken to a new level here.

This fantastic attention to the detail and nature of the design makes it incredibly easy to get used to how everything looks, but if you want to see more of the area brought up into this amazing photorealistic style you can pick up the brilliant Louisiana state scenery package instead. You can download this directly from here.

Named after the Duke of Orleans, who was the Regent of Louis XV and reigned for 8 years as Regent between 1715-1723, New Orleans has always been a city of cultural diversity and positivity. It’s got a very distinct heritage, with French & Spanish Creole architecture throughout the city marking it as very much different from most other parts of the United States. Of course, one of the most notable parts of the entire cities culture and history comes from the famous Mardi Gras event.

Referred to by many as the most unique city in the whole of the US, this package manages to capture key locations such as the Parishes of St. Tammany and St. Bernard, as well as key natural landscapes such as Lake Pontchartrain and Lake Borgne. Together, these natural and manmade designs all come together in truly stunning detail that looks just the way you would have expected it to when you first installed your simulator! 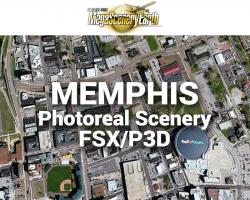 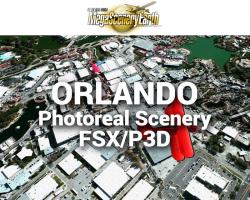