Memphis is one of the largest packs released by MegaSceneryEarth, and in this collection you’ll be able to see this stunning city and all of its surrounding areas – classed under the Terminal Area – in more than 8,000 square miles of quality landscaping that is managed by photorealistic scenery. All of this put together creates a truly welcoming atmosphere and style that does the city some genuine justice, having long been seen as a city that was undervalued in both FSX and P3D in terms of the level and scale of the detail. Now, every street and store can be noticed thanks to the 50cm/pixel quality that comes within this collection. Read more...

The level of detail and realism that makes its way into the Memphis area is absolutely massive – you’ll also get to take in many of the parts of Tennessee that were either not included or poorly added in the original simulator. This expands the whole area in terms of detail and quality, giving you one of the largest stretches of land dealt with by any flight simulation scenery packages out there. Add in the precise level of detail, and this package can easily be a go-to solution for any Memphis residents, or even just those who want to have a precise and accurate flying experience.

Likewise, there is a full Tennessee package out there for those who want to fly across the US and some of its most popular locations in full detail. This package works in full compatibility with the state package, too, so you can combine them most for an absolutely unreal level of detail and precision across the state.

Based as the county seat of Shelby County, Memphis is a city with a lot of history and a lot of pride. It’s a city that has been built up over a relatively short time, only being founded in 1819. It was the planned vision by a group of wealthy investors, including the former President of the United States, Andrew Jackson. This package manages to show you just why more than 650,000 people live in the city and its surrounding areas, and why so many people would decide to come here for leisure and recreation.

Additionally, with this mod, you’ll be able to see many more parts of the region that were more or less completely ignored in the past. From the Downtown skyline being more prominent than ever to the likes of Beale Street being made even easier to recognize, this reworks everything.

Many of its key landmarks are easy to spot, with accuracy and attention to detail throughout that really captures the imagination and makes it nice and easy for simulation fans to fly over and see everything that is going on. It’s possible to go as low as 500ft and still see stunning, crisp detail throughout the region so if you are sick of the generic, dull textured that littler the Memphis area and beyond you can change all of that with just one download. 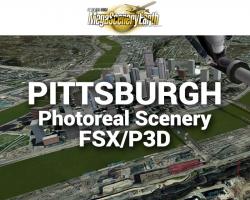 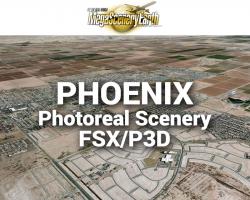 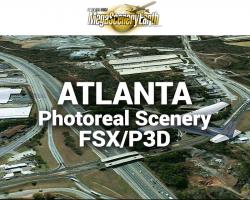 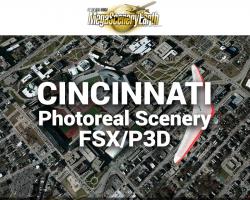