The MD-81/82 series is a popular addition from Just Flight, finally bringing to life a truly epic piece of aviation history and making it easy to fly and fun to get involved with in a flight simulator. In this mod, the MD-81/82 has been made using the most authentic settings and features possible, giving it as many features as the real thing as it possibly can.

The real aircraft is a piece of art, and has gone down in aviation history for its short-to-medium flight prowess. With a T-tail, rear-mounted jet engine and a long, slender fuselage this aircraft has become distinctive in many ways, to least because it’s become an iconic sight across the world in multiple airports.

Now, you can take it to any airport that you wish! This has been put together by Commercial Flight Solutions to take on the Just Flight model and revamp it. As part of the F-Lite range, this gives you a much easier aircraft to fly in terms of resources and system prowess needed without having to compromise on the quality of aircraft that you’re getting.

This is a massive step up from the normal aircraft that you might be flying in a simulator without the same weeks of study being needed before you get into the skies. For those who like a challenge and want realism but cannot devote weeks of their time into learning and mastering the best way to fly the MD-81/82 this might be the best choice for you!

In this package you will gain access to fifteen authentic liveries, based on the designs that the real thing makes the most of. Not only does this make it easier than ever to enjoy your flights but it ensures you can roleplay with considerable ease when you are flying any of the following liveries;

Any good flight simulator add-on has a range of new animations included, and this is no different. The animations do a rather wonderful job of selling the whole look of the aircraft, with passenger and cargo doors now fully animated. Alongside this, you’ll get to see a realistic thrust reverser animation come to life which adds yet another layer of realism.

However, the whole thing can look and feel alive with the engine fans, flaps, rudders, elevators, undercarriages and spoilers all bursting into life at the right time. This adds a nice touch to the overall complexion of the animations, helping to sell the overall image as clearly as possible.

If you have used other versions of the MD-81/82 in the past and felt like it lacked a fair amount of authenticity in the way that it moved, this might just be the perfect choice for you to go with.

A range of major effects have been included along the way to help sell the overall theme that you get with the aircraft. For a start you will now have your rear view clouded with engine start smoke when you first get going, and you’ll also notice a significant amount of touchdown tire smoke when you start to move along that runway ready to blast off.

One thing that you should also notice is the addition of fire and sparks from the rear underbelly if you over-rotate; this is a nice, realistic touch that further adds to the overall dynamic feel of the flight that you are undertaking.

A raft of new effects are coming into play from the feel of the burning rubber under you as you take off to the inspection lights and dynamic wing flex making the whole thing look about as realistic as you are likely to get.

Although it helps to have an aircraft that looks awesome – and this really does – you’ll get a whole load more value if you look at the inside as well as the outside. With this you get a fine balance with the best of both worlds well and truly represented here. One thing that you will notice quite quickly with the new panels and cockpit features is the addition of the high quality, 2D instrumental panels.

This is accompanied by a fully working virtual cockpit with a mouse-clickable range of options. These make it easier for you to engage with vital features such as full analogue pilot, co-pilot and flight engineer panels. These will ensure that you get yourself on the right track at all times.

With the addition of an overhead and throttle quadrant alongside the radio stack panels, you can quite quickly take control of this aircraft. If you need more help with visibility then you have the simple feature of the widescreen mode waiting for you.

Manage Yourself with FMC

All good flights are easy to control and made even easier by the use of the tools that you have equipped. With this you get a limited functionality F-Lite FMC, which allows you to make use of both STARs and SIDs in the FSX database. Added into this is the fact that you now have use of V speed calculations, Radio and Navigation frequency entries, progress displays, waypoint features and a whole lot more.

You’ll also be able to see important analysis about the flight such as how much estimated fuel you have on board. This should make your life a whole bunch easier as you move forward as it will give you a much greater idea of those important stats that help to determine whether your flight is going to succeed or fail.

More Authenticity than Ever

Just as important as all the flashy new features is the use of authenticity in the design, and this mod ensures that you get just that. It makes use of smart flight planning and dynamics to give the aircraft a fine lift in the skies. You can now use the default MSFS payload and fuel editor to make sure it’s easy to use and reliable. However, it also uses flight planners and navigation logs to give you the most accurate flight and fuel planning possible.

Now you should have no problems in navigating your flights with unerring accuracy. This is improved with a range of highly tuned MD-81/82 FDE settings using proper FAA simulation requirements as the benchmark. The result? A truly realistic representation of how this aircraft should be flying.

New textures are included here to help freshen up the overall image and feel, with the use of highly detailed texture mapping to help ensure the aircraft looks brilliant. You might be worried about this lowering your performance but thanks to the smart coding of the textures you should notice minimal, if any, performance problems when you go to use this mod.

It’s been edited and changed to use a fully layered paint kit, as well, with a blank texture included for those who want to make their own liveries. So long as you have Photoshop or a similar graphics editing suite you can easily start to get creative and make your own liveries, fact and fiction! 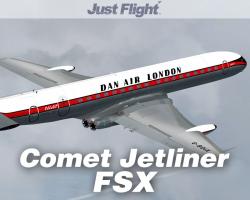 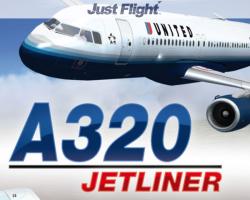