As a rather popular aircraft, the Dornier 328 still enjoys many virtual pilots. However, that being said, there are limitations to the models available. This package by Virtualcol helps to add a freshness to the aircraft, introducing a pair of Dornier models to pick from: The Dornier 328-110 and the Dornier 328-30. For fans of the aircraft brand, you will be able to finally fly a much more modern, professional take on the Dornier 328. Read more...

While out of production today, the Dornier 328 has been a major part of the commuter airline scene since the early 1990s. it was first introduced in 1993, and since then has become a common choice in nations like Germany and the United States.

This adds a whole new host of changes to the external models, making this old classic look as good as new. On top of that, the interior work has been extensive, creating the interior of the 328 to look as close to the real thing as is possible in FSX/P3D. Designed to make sure that every flight is as enjoyable as is possible, users can enjoy a comprehensive take on the Dornier both inside and out. 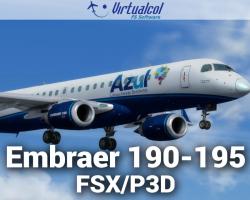 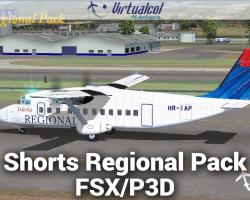 I'm writing this after spending a lot of time trying to solve problems with this gorgeous aircraft using freeware software, and online informational sources. Unfortunately, as of the writing of this review, I have not been able to solve, in my opinion, some very important and rudimentary issues with this aircraft. I have not contacted the author(s) for the fixing of these issues and "the latest version" as of this review is not updated. I was personally only interested in the fairchild-dornier 328 jet, and 99% of my review is based on that model.

Pros: -The external model is excellent. The elevator trim no longer rotates the whole back surface plain like the freeware version, and the curves are modeled correctly. -The ground servicing models are an added bonus and they seems to work well in the external model. -The landing gear does not allow the aircraft to tilt as much like the freeware version and taxi balance is more realistic. -There are many liveries of both the turboprop and fan jet versions including US carriers. -The VR cockpit is very good looking, and has many buttons, levers, and switches that are not available in the freeware version. -The internal and external .mdl models are separate files. Cons: -The aircraft.cfg file has the weights wrong, the maximum speed is incorrect, the VC eye point is not centered, and the manufacturer should be fairchild-dornier for the 328 jet. (fixed) -The autopilot does not have an IAS knob to change the Indicated Air Speed hold set point, nor does the FLCH button or the TCAS work which are normally used to turn on the IAS hold functions, while the knob that should be the IAS knob is an ALT knob. Although you can use the keyboard to use the basic IAS hold function, this seems very unprofessional to have fundamental functions of the autopilot not working in a payware model. I have spent many hours trying to solve this problem, but I have not been able fix it. Here is what the autopilot looks like for the real version: http://www.smartcockpit.com/docs/Dornier_328Jet-Autoflight.pdf -The buttons for the fuel control don't work, so if you don't have the default flight saved with an aircraft that has the fuel selector switch set to "all", it will take fuel from only one fuel tank. (worked around) -The internal VC model does not show the wings with the engines, the add on ground servicing models, nor the primary exit opening. (fixed) -The internal VC model shows a small cylinder (like a pellet), that is directly to the left of the pilot, and it is out as far as the wing tip. This is modeled with the VC chairs and can not be removed without remodeling the chairs and it is in both the turboprop and fan jet versions. It is visible and annoying at high altitude, and when I first saw it, I was over the Nevada desert and thought FSX was screwing with me. :D -The combined altimeter and IAS gauge is only a IAS gauge. (fixed) -The flight computer does not allow in flight programming which requires the use of the flight directer, and I have not found how to make it change for the approach vector for use in the GPS nav. It shows the vector path, but it doesn't activate it. -Unable to save with a completely dark cockpit. -No VC walk around cabin like the freeware versions, the visible cabin chairs are horrible, there is no bathroom, no flight attendant jump chair, there are walls next to the exits in a bad effort to hide the problems, and the default fsx ground baggage service ramp, rams halfway through the right side service exit.

Well, on the positive side it's a cheap addon. There are plenty of liveries and a turboprop and jet turbine variant is modeled. I like the mouse click breakout windows for the MFD and it has all the relevant panels even though the VC is perfectly functional. Not super high def but adequate.

On the down side: The manual is a bit of a mess (disregarding the language issue). Control authority is terrible, particularly the elevator. I had to edit the ini to get it to take off. Cargo loadout is very basic. I think it assumes you've got a full passenger load as you can only add/remove 1500kg from one location (presumably, the hold). Fully dark doesn't seem to save as the default. Buttons appear to have reinitialised on the overhead. Cockpit control is not fully functional and engine start either really is or appears very simple. No overheat/hung starts if set correctly. Overall not a bad addon and a quick tweak and manual download sees things about sorted.

Geat plane, good working ap. And a lot of liveries to choose from, very well done. 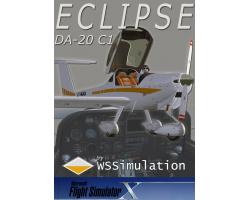