The Diamond DA-20 is a fantastic trainer aircraft, and this C1 Eclipse variant makes a welcome addition to Flight Simulator X, thanks to the hard work put in by WSSimulation. The Eclipse is a variant more suited to private use, with better visibility thanks to the added rear windows and a 125 hp Continental IO-240-B engine. Available as an immediate download, this general aviation aircraft specifically designed for flight training, can be in your virtual hangar in no time. Read more...

Regardless of whether you intend on training in this aircraft or not, it's hard to deny that there is something intriguing about its design. To their credit, WSSimulation have captured whatever that is with their great Gmax model. The solid textures reveal a good amount of detail and hold up pretty well when zoomed in. The surface of the Eclipse appears to be slightly reflective, as feathery shapes of light roll over the aircraft as it banks against the sun. This same level of detail can be found across the five included liveries, one of which is the US Air Force Academy livery.

Animations adorn the exterior of the aircraft, from the flaps to the rudders, ailerons and elevators. WSSimulation even going so far as to animate the pilot, whose head will turn as he scans the horizon, and whose legs and arms will move in accordance with the stick, throttle and pedals. These animations perform a vital role in creating a more believable experience for pilots to immerse themselves in, but they are perhaps the most effective when employed inside the virtual cockpit.

Once again, made in Gmax, this fully interactive cockpit environment is very much like its real world counterpart; every switch and knob is animated and can be operated as if you were in a real Eclipse. Almost all the gauges in the sleek black panel are bespoke, as is the realistic night light effect that subtly illuminates the cockpit and keeps gauges and readouts visible.

It's a fun and beneficial little package, delivering an entertaining and energetic aircraft, and providing the means to learn how to fly it, thanks to the included PDF documentation. Chances are you'll master this trainer aircraft in no time, and before too long, you'll be thinking about moving on to training in the real thing.

The Diamond Aircraft DA20-C1 is the best composite two-place piston-engine trainer and now can be enjoyed in Flight Simulator X with a completely active 3D cockpit.

The package contains five real liveries, such as US Air Force Academy livery and also includes PDF User Manual with real information. This Manual have the Aircraft control panel description and a very extensive checklist.

The Cockpit is a very high accurate 3D model, and fully interactive. It is made in Gmax and all switches are controlled like a real aircraft (except Cabin Heat) with your animations.

The cockpit have realistic nightlight with exclusive effect and almost all gauges are also exclusive.

It has a sound pack. 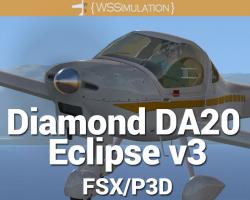 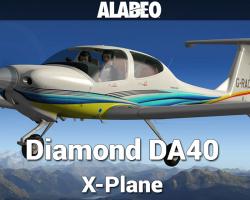 I own a DA20 and am an experienced flight instructor. This product looks interesting, but I should point out that for the Air Force Academy version of this airplane, the flight instruments are incorrect. Because the Air Force expects their students to move up into airplanes where the left hand is on the throttle and the right is on the stick, they had Diamond configure their DA20 trainers so that the student sits in the right seat. They swapped flight instruments from left to right on the panel to accomodate this. Essentially, the instrument panel is flipped about the centerline. For realism sake, the producers of this package need to fix this error with the Air Force version. If you look at the DA20 maintenance manual, both LH and RH configured panels are shown.

I've a check ride in a Diamond D20 in a few days so downloaded the DA20 add on. It installed easily and seems to be working fine it has the round gauges not the Garmin F500 which is fine for me as the check ride DA has round. 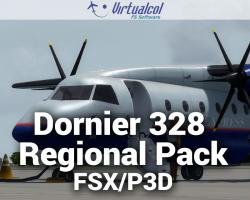