Toronto City Airport is one of the most important parts of the entire Canadian airspace, and is by far and away the most commonly used airport in the entire country. Based in Toronto, Canada, the airport takes planes from many different airports and this makes it much easier for people to get to Canada than it once used to be. If you want to make sure that your copy of FSX or Prepar3D has the best possible quality of Toronto City airport possible, then this scenery package is exactly what you should be looking for. It’s got all of the help that you might need to actually improve the quality of the city as a whole and make sure that every time that you leave the city you have the best possible visual in front of you as you go! Read more...

Being able to give your major airports in the game the best details and upgrades possible is very important for lots of us – it’s easily the best way to make your game look up-to-date and modern. These scenery packages offer the chance for you to do just that without any hassles or problems, and the scenery packages are made in a way to optimize the memory used by your system so that you can have the best graphics possible without having to compromise or forget about the performance of the game.

Flight simulation games have been around for a while and the features are going to always improve and change, and this scenery package takes advantage of the various extras and features in the game that is there at present. Pushing the graphical capacity of the game to its very limit means that users of the pack will be able to see a difference between the Toronto City Airport and other Canadian airports as they fly around! 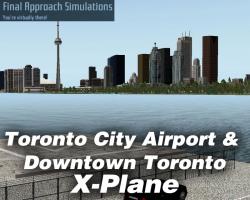 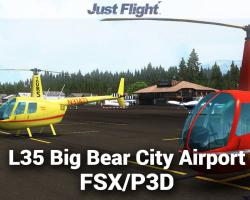