Renowned for its incredibly authenticity and approach to getting everything just right, the X-Plane series is extremely highly recommended by fans who know the quality of the game. One of the biggest draws of the series, apart from the wide selection of features and the authenticity of the game is the incredible amount of editing that can be taken out. Read more...

Literally the entire world can be totally remodeled to fit your own ideas and theories, and can be upgraded with modification packs that are designed to make the world represent its real-life equivalent better than ever before. This Toronto City & Toronto Downtown Scenery package for X-Plane 10 is perfect for those who either want to practice in the area and need more realistic challenges, or for those who just want a game that is authentic & as close to reality as possible.

The Toronto City Airport is one of the most commonly used commercial used airports in the whole of Canada, and with good reason as well. It’s got massive amounts of flights coming in and out of the airport all the time, both in-game and in real life, and is one of the true hubs of North American flight & travel. Downtown Toronto is also extremely popular because its where many of the shopping hubs are – if you are interested in adding more energy to Toronto when you are flying around in X-Plane, then this is the place to get started.

It can give you all of the help that you need to actually get the real effects of this great city. The airport itself works with both Porter Airlines & Air Canada Express, and makes the perfect place in the country to land or take-off from.

It’s the attention to detail within the series that makes it so strong, but it’s also the incredible modding community that is happy to do the hard work that deserves the most credit. If you want to make sure that your game represents the cities that you visit most in the world properly, then these updated scenery packs can help bring the entire world around you into life. 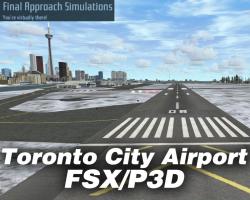 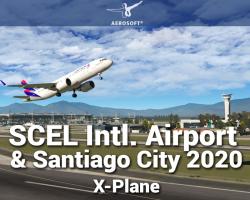 Freeware available looks better I think. This is a bit outdated.