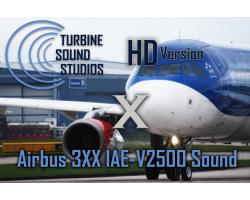 Created by the awesome Turbine Sound Studios, this package uniquely and accurately recreates the sounds of the Airbus 3XX range of aircraft.

With the IAE V25000 engine being replicated in this fashion you should have no problems buying into the deep and engaging sounds of the aircraft, ensuring that you can now fly this aircraft without having any reservations about the sounds you are hearing.

Now, what you hear is what is happening – every sound is related to what the aircraft is actually going through at that point in time, improving your overall enjoyment and scenario within the aircraft.

This extra depth and improvement within the package ensures that you are going to have access to package which;

The engines used in this kind of package come under the banner of International Aero Engines, some of the most impressive of their kind out there – a group of four aero-engine manufacturers which were formed in 1983 to produce engines that include giant names like Pratt & Whitney, Rolls-Royce, MTU and Japanese Aero Engines.

All of these engines make it easy for people to get the top kind of engine they want, and this with this sound pack you’ll find that your IAE engines will sound just perfect. This video really does all that it can to make sure you are left with a deep sound that captures reality perfectly when you fly an aircraft like this.

The sounds are captured from the real thing and are delivered in an HD optimized format to make sure you have no problems in staying on the right track. Thanks to the additions of the engine changes and the new sounds, you’ll have no problem in mastering the aircraft as all of those weird sounds and suspicious noises can be accounted for.

The new addition of these professional HD sounds will ensure you can fly with total peace and freedom instead of having to worry about what the sounds may mean. Remove the generic sounds of old and make them far more sophisticated and specific. 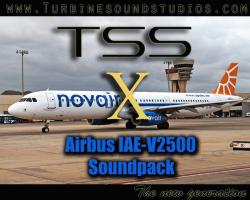