Are you ready to head into the Danger Zone? If you are, this mod is just what you need! Read more...

Based on the flight term Top Gun, you can now take the role as a dogfighting superhero as you undergo some of the most out there attacks and flights in the history of flight simulation mods.

This will have you taking part in a fight in the skies with other modern aircraft, making sure that you are involved in a range of different aircraft and situations along the way. Each mission is made to really test your mettle and make sure you are prepared for the challenges ahead.

If you have always wanted to take part in a proper run of dogfights within the world of FSX, this might just be the perfect way to do that!

This mod really does let you go the full way, making sure that you undertake a massive range of scenarios and events which fit with the film itself. Top Gun is one of the all-time aviation classics, and this mod goes well out of its way to bring it all together and give you a perfectly clear and honest rendition of one of the best flight films ever released.

In this package, you get access to a whole host of different aircraft, missions and solutions. Indeed, the term Top Gun comes from the 1800s as a term for those who could draw their pistol fastest in a duel, or even for those who were shooting bottles fastest. Today, the term stands for anyone who is brave enough to get in the cockpit of an aircraft and survive the uber-demanding, high-risk world of a dogfight.

As pilots returned home from the disgraced Vietnam War, they started the Top Gun academy as a means of helping pilots become even well. Based in Miramar, California, this was used for many years as the base for people who wanted to become the vest out there.

This mission set puts you in both the cockpit of an F4 Phantom and T14 Tomcat, putting you up against AI MiG jets in a battle that increasingly gets tougher as it goes on. You’ll even get to see little things going on below you such as the USS Constitution engaging in naval combat with pirate ships down below.

The Top Gun term might be very old, but the modern version is new!

Put yourself in the very peak of aviation combat and modern dogfighting with the help of this Top Gun Missions Pack for FSX. Some of the missions included in this package will really help you understand the immense challenges of combat flight, including missions such as;

Just Some of the Missions 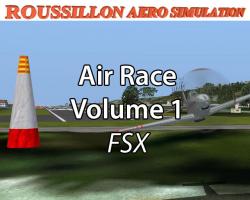 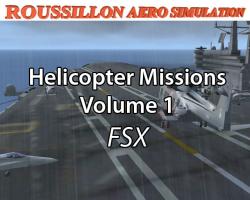 I didn't expect that there would be s o many missions in just that one program. It was very easy to download to the Microsoft Games FSX soft ware. And it is an out standing program I am literally having a blast with. If I had three thumbs three would be up. Two will suffice.

I just received the top gun mission for fsx. IT IS VERY OLD. too bad. Things work Ok so far.