The Team SDB scenery for RAF Alconbury depicts the base in the mid-1980s when the base was home to RF-4C and TR-1A tactical reconnaissance aircraft and F-5E aggressor aircraft.

Team SDB generously donates a portion of revenues from its products to UK Help for Heroes and the Royal National Lifeboat Institution. 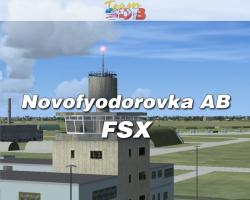