The Ilyushin Il-76 (NATO reporting name: Candid) is a multi-purpose four-engine turbofan strategic airlifter designed by the Ilyushin design bureau. It was first planned as a commercial freighter in 1967, as a replacement for the Antonov An-12. It was designed for delivering heavy machinery to remote, poorly served areas of the USSR. Military versions of the Il-76 have seen widespread use in Europe, Asia, and Africa, including use as an airborne refueling tanker or as a command center.

The Soloviev D-30 is a Soviet two-shaft low-bypass turbofan engine, officially referred to as a "bypass turbojet." A supersonic afterburner version, the D-30F6, is used in the Mikoyan-Gurevich MiG-31 interceptor, while the non-afterburning civilian versions, the D-30Kp and D-30KU are used in the airliners, and in the Ilyushin Il-76MD, TD heavy cargo aircraft. 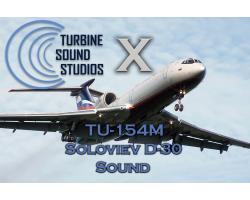