Usually associated with the German Luftwaffe during the Second World War, the Heinkel HE111 was an aircraft that done a huge amount for the progression of aviation in general. Read more...

Indeed, thanks to the incredible power that this aircraft managed to carry and offer out it was quite easy to see why something like this would cause others to have push up their game - with the help of the Heinkel, then, the Allies had to produce a higher quality of aviation solution.

Seen as the primary bombing device of the Luftwaffe, it was used for various reasons to help push the war effort into the hands of the Germans.

Although it ultimately failed to turn the tide and was eventually bested in aerial prowess, for a time it was a huge part of the Second World War and showed that adaption was possible. After all, prior to the war the 111 was a civilian craft!

Some transformations to its layout and the way it works, though, meant that it was soon used as some form of high-up artillery service.

During the War itself, the Heinkel went through more than one transformation as it managed to be changed to fit more than one particular format and style - indeed, it seen various changes to make sure that the standard was always improving during the war. In total, with over 7,300 created, it became a vital part of the war effort and certainly prolonged the period in which aircraft fought in the skies.

Now, with this excellent mod, you can finally start to see why the Heinkel caused such wholesale problems during the Second World War for yourself!

Thanks to the implementations in this modification, you can get access to three unique models that come with four awesome livery designs together;

With each model representing a specific style of design and a point in history when it was used, you can make sure that you are using the historically appropriately design for the version of the Heinkel that you are the biggest fan of aesthetically.

However, the package also manages to easily add in and arrange a wide range of solutions to make it feel as authentic as it possibly can. These changes include additions such as;

Although never a huge fan of flying massive war machines like this, I wanted to try out the Heinkel as a friend said it would be very good for my flying style. I'm a bit of an enthusiast of older aircraft but not usually war aircraft so it was a bit of a new direction for me to head in. what I did find out though was that the aircraft I was flying came with a rather unique style compared to most WW2-era civilian aircraft that I'd used and it felt like a whole new flight experience for me.

The detail and the design of the model was the first thing that I noticed with so many little effects added on throughout. The smaller additions graphically really helped me settle in and after some basic reading about the actual aircraft itself I soon realized that it also had the power and precision to match what I was hoping for. At first I was quite disappointed with the performance but once I got used to how it was to fly I soon felt right at home when using this - very much worth my time.

All the nice little extras added up to a very fun and enjoyable performance that made sure I felt comfortable flying in this era of aircraft - would recommend this to anyone who likes WW2-era aircraft in simulators. 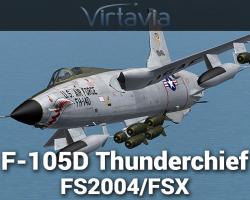