One of the most enjoyable aspects of the flight simulators out there is the sheer wealth of aircraft that you get to choose from. The come in all sizes, styles and eras to give you an incredible balance of products to choose from. However, one thing that is absent from the series in abundance is military-grade aircraft, specifically the F-117A Stealth Fighter. Read more...

As one of the most secretive projects of all time, it’s got an incredible reputation as one of the most powerful of the Lockheed designs over the years. The first equivalent, the Nighthawk, was released in 1981 and since then it was seen as a considerable and key part of the military aviation scene until it was retired in 2008. It played a significant role in taking on the development of military grade aircraft significantly, and it’s success in the battlefield is shown only by the one loss that was ever recorded – during the conflicts in Yugoslavia.

It’s life was shrouded in secrecy, and it actually operated for an incredible seven years before anyone outside of “the know” even knew that it existed! It’s still incredibly powerful by modern standards and despite being retired, you can boom from part of the globe to the next with unbelievable speed.

If you want to undertake some covert ops around the globe in a rapidly fast, almost impossible to detect aircraft then this is the one for you. It’s insanely powerful, and this recreation gives you that same impression – it blows away traditional civic aircraft for power and speed. It was the very first aircraft ever completed that utilized low-observable stealth technology. Capable of entering fortified enemy airspace, this was one of the most significant technological advancements ever made in aviation history.

It can go where it wants, and you can take it there with ease, and its bizarre shape gives you something entirely new to play with when you are in the skies. This recreation of the F-117A is the perfect re-crafting of one of the most impressive aircraft of its time, and gives you immense detail in terms of design style, function and performance.

With hours of footage researched and reviewed, the shape and style matches its real-life equivalent, as does the features provided inside. If you’ve always wondered what the incredible power behind an F-117A Stealth Fighter would feel like then you have the ultimate chance to try it out here. It’s been built on genuine and authentic features and information, using official documentation to create the fairest simulation that you will possibly find for a stealth bomber.

Designed in a way that means everyone can balance and enjoy their flights, this is the perfect tool for anyone that has an interest in military aircraft but will never get the chance to try one out for real.

As one of the most important and technologically innovative creations of aviation history, this is the best place to get started for any traditional simulation fan who wants to try something a little different from passenger liners. There’s nothing more enjoyable than shooting through the skies completely undetected in one of the most advanced aircraft that was ever created! 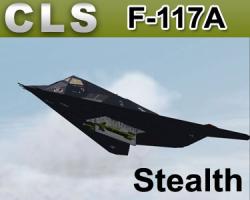 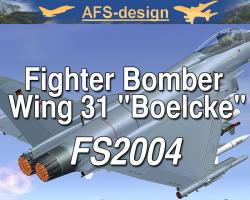 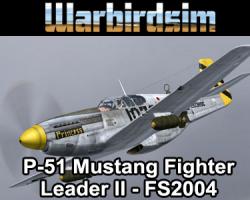 It's actually a pretty good aircraft, but there are some control issues. Some of the assignments seem a little counter intuitive. For example, the spoiler controls deploy the ordinance doors, which seems unusual for a flight control surface. The flaps controls open the blow-in doors. The aircraft also lacks a user manual, which makes learning the aircraft's basic operations of takeoff and landing a little difficult. I found that this aircraft needs a longer runway to land, and I don't know how much of it is due to my technique and how much is due to the intrinsic flight characteristics of the aircraft.

That said, it's still a great plane to fly once you get it in the air. The virtual cockpit works really well with FlyInside, so I can use it with my Oculus Rift and just be in the air. Again, though, I could use an instruction manual so I can get a rundown on these controls.